Liverpool officially announced the signing of Adam Lallana from Southampton on Tuesday. The 26-year-old midfielder signed a long-term deal with the Reds after passing a physical at Melwood.

Lallana becomes Brendan Rodgers’ second signing of the summer following the transfer of Rickie Lambert, who also joined from the Saints, while a deal has been agreed in principle for Bayer Leverkusen’s Emre Can.

“I’m so excited for the next chapter of my career, coming to a special club like Liverpool,” Lallana said after joining the club. “I’m quite humbled and I just can’t wait to get started.

“Hopefully I can settle in quickly, and I will give it my best throughout the whole time I’m here. I hope I can add something to the team and hopefully we can win trophies while I’m here, because that’s why I’m here — for success.”

Lallana arrives at Liverpool fresh from returning from Brazil, where he was a part of England’s World Cup squad, making three appearances at the finals.

Lallana made 250 appearances for Southampton between August 2006 and May 2014, scoring 58 goals in total, and he also was named the club captain in 2012. His performances last season earned him a place in the Barclays Premier League Team of the Year for 2013-14. 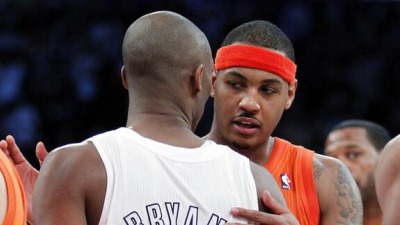 ‘Things Tim Howard Could Save’ Hashtag Takes Over Internet (Photos)