The Boston Red Sox set out on their seven-game road trip Monday riding high. They?ll return home a week later with an eye toward 2015 as the Major League Baseball non-waiver trade deadline nears.

The Red Sox, who began their road trip with a 14-1 beatdown of the Toronto Blue Jays, wrapped up their excursion Sunday with a 3-2 win over the Tampa Bay Rays at Tropicana Field. The middle games were problematic, though, as Boston lost five in a row before Sunday?s victory.

While this season isn?t looking too promising for the Red Sox, there certainly were some positives to come from Sunday?s win. Let?s take a look.

— Allen Webster struggled with his command in his first major league start of 2014. The 24-year-old successfully navigated through some trouble, though, and he ended up lasting 5 1/3 innings to earn his second career win.

Webster allowed two runs on three hits and five walks. He struck out four and threw 86 pitches, only 42 of which were strikes.

It was a so-so outing overall despite the victory, but Webster deserves at least one more big league look before the Red Sox make a final decision on who will take over the rotation spot vacated by Jake Peavy, who was traded Saturday.

“I’ve been working hard on my mechanics, being able to repeat them, commanding that fastball, getting better at it,” Webster said.

— All of the Red Sox?s offense came on a three-run homer by David Ortiz in the third inning.

Ortiz crushed a 3-2 fastball from Rays starter Chris Archer well into the right field seats. He marked the occasion with a flashy bat flip and a slow trot around the bases, which irked Archer, who — like his teammate, David Price, did earlier this season — said following the contest that Ortiz thinks he?s ?bigger than the game.?

“That’s pretty much what I do,” Ortiz told reporters, brushing aside the criticism. “Tie game, you put the team ahead, you enjoy it.”

— Ortiz was a lone bright spot in the Red Sox?s 2-5 road trip. He showed plenty of power despite Boston’s woes.

Ortiz said before the trip that he was about to get ?hotter than Jamaica in the middle of August.? Mission accomplished.

Ortiz went 8-for-28 with five home runs and two doubles. The stretch came on the heels of a 1-for-15 series against the Kansas City Royals at Fenway Park to begin the second half.

“I’m feeling better at the plate,” Ortiz said after Sunday?s game. “After the break, those four games sitting at home kind of gets your timing off a little bit, but I’m back into it. Almost in Jamaica.”

— Christian Vazquez was stellar behind the plate.

Vazquez capped a strike-him-out, throw-him-out double play in the first inning with an absolute missile to the second base bag. He also made a nice play on a bunt bid by Brandon Guyer in the eighth inning and exhibited exquisite pitch-framing throughout the contest that helped Webster immensely.

Pedroia was hit on the back of the head by catcher Curt Casali?s throw on a stolen base in the seventh inning, but everything checked out OK.

— Jackie Bradley Jr. made a fantastic running catch in the sixth inning for the final out of Webster?s outing.

— Junichi Tazawa, who imploded in Friday?s series opener, was overpowering in a 1-2-3 eighth inning. 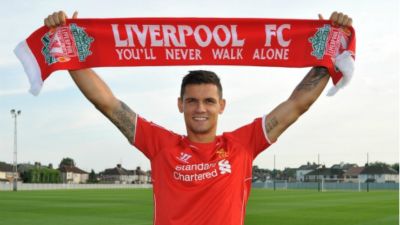 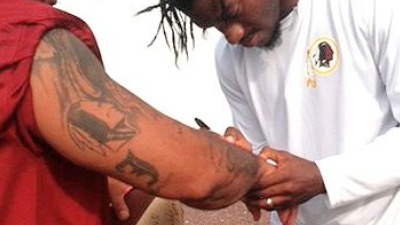