Charlie White wants to get autographs of all 22 Redskins starters and then later have the autographs tattooed all over his arms.

It doesn’t matter whether they’re franchise guys like Robert Griffin III or players who might not even be on the team next year, White wants their signatures permanently on his arms.

He currently has signatures from Brandon Meriweather, RGIII, DeSean Jackson, Santana Moss, Ryan Clark, Darrel Young and Josh Morgan. While RGIII, Jackson and Moss make sense to some extent, Meriweather has played for three different teams and only has a one-year deal.

Perhaps White senses something amazing for his team in the 2014 season. He’d better hope something incredible happens, or else he’ll have names of Redskins players from a season where the team didn’t accomplish anything.

White, a warehouse manager, also has tattoos of the late Sean Taylor, among other Redskins tattoos. 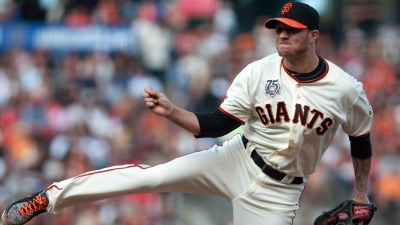