OAKLAND — One of baseball’s best rotations is about to get even better.

The Oakland Athletics have an agreement in place to acquire right-handers Jeff Samardzija and Jason Hammel from the Chicago Cubs for three top prospects in a surprising trade for the team with the best record in the majors, two people with knowledge of the deal said Friday night.

The people, who spoke to The Associated Press on condition of anonymity because the deal was still pending, said the A’s will send top prospect and shortstop Addison Russell, outfielder Billy McKinney and pitcher Dan Straily to the Cubs. An official announcement is expected Saturday.

The trade is a rare move under general manager Billy Beane in which Oakland — one of baseball’s most frugal franchises — is parting with talented young prospects for proven players to chase a World Series title. The A’s are a major league-best 53-33 after beating the Toronto Blue Jays 1-0 in 12 innings Friday but have come up short in the playoffs recently.

Samardzija and Hammel give the two-time defending AL West champions a powerful punch to add to a solid rotation that already includes Scott Kazmir, Sonny Gray and Tommy Milone. Jesse Chavez and Drew Pomeranz also have shined at times, too.

The hard-throwing Samardzija has just a 2-7 record on a Cubs team in last place in the NL Central. But he has a 2.83 ERA and 103 strikeouts in 108 innings, making him one of the most coveted pitchers on the trade market.

The A’s drafted Russell out of his Florida high school with the 11th overall pick in the 2012 draft. An injury sidelined the shortstop earlier this season, but he’s batting .333 with three doubles, one homer, eight RBIs and three steals in 13 games for Double-A Midland.

The 19-year-old McKinney was the A’s first-round pick last year out of his Texas high school. He’s hitting .241 with 10 homers, 12 doubles and 33 RBIs for Class-A Stockton this season.

Straily finished 10-8 with a 3.96 ERA in 27 starts for the A’s last year. He was sent down to Triple-A Sacramento after struggling earlier this season. He’s 4-3 with a 4.71 ERA for Sacramento.

UPDATE (6:06 p.m.): Oakland officially announced the trade Saturday afternoon. The deal also includes the Cubs acquiring a player from the A’s to be named later or cash. 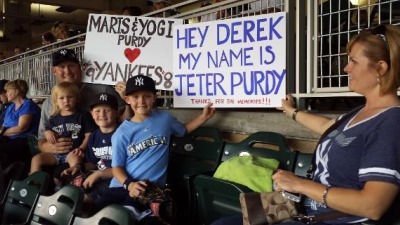