OK, so maybe Jonny Gomes isn’t in the running for a Gold Glove, but it’s hard to deny his recent defensive prowess.

The Oakland Athletics outfielder isn’t known for having plus defensive tools, but the veteran has a way of making an impressive catch from time to time. He was back at it on Tuesday in Houston against the Astros.

Houston slugger Chris Carter tagged a pitch to left, but Gomes was able to go full Superman and snag the screaming line drive.

That’s just the latest in the web gem department from Gomes since being acquired by the A’s from the Boston Red Sox at the trade deadline. Gomes made a sliding catch against the Atlanta Braves a little more than a week ago that may have been even better than Tuesday’s top play. 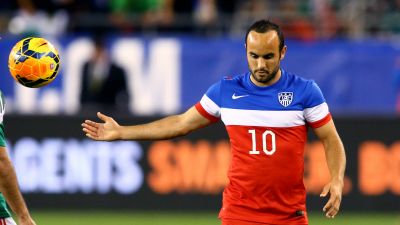 Landon Donovan To Play Last Game For Team USA Against Ecuador On Oct. 10