Mario Balotelli To Liverpool Roundup: How Big Of A Risk Does 'Super Mario' Pose? - NESN.com Skip to content Wednesday 3 p.m.: Balotelli’s transfer to Liverpool is one of the most-discussed moves of the summer 2014 transfer window.

The conventional wisdom says Liverpool is taking a big gamble in signing the talented, yet enigmatic, Balotelli.

As is the case in any transfer, there’s an element of risk in Balotelli’s Anfield move. But the potential rewards are high.

NESN.com soccer editor Marcus Kwesi O’Mard and James Pearce, the Liverpool FC reporter for the Liverpool Echo, discuss the Reds? loss to Manchester City and Balotelli?s transfer in our latest podcast. Give it a listen.

In his first interview as a Liverpool player, Balotelli discussed why he wanted to return to the Premier League, what he will bring to his new team and his ambitions for his Liverpool career.

In short, Balotelli wants to win bring club soccer’s most prestigious trophy — the European Cup, which goes to the winner of the UEFA Champions League — back to Anfield.

Check out our story.

Tuesday 1 p.m.: Balotelli is back in the Premier League but he had to take care of something before he could begin his new adventure: saying goodbye to AC Milan.

Balotelli used Instagram to send a farewell message to fans, staff and his former teammates at AC Milan.

The Italian club also thanked Balotelli and wished him good luck in the next phase of his career.

Check out our story on Balotelli and AC Milan exchanging goodbyes.

Monday 1 p.m.: Ladies and gentlemen, Mario Balotelli is in the building.

Balotelli officially joined Liverpool on Monday. We have the story of his big move.

Balotelli told LiverpoolFC.com how happy he is to be joining the club. Rodgers said he is looking forward to working with Balotelli and helping him reach his potential.

Balotelli won’t play against Manchester City on Monday but should be available to play against Tottenham on Aug. 31.

Check back later for more reaction and updates.

Sunday 6 p.m.: The Balotelli story was active on Friday and Saturday.

Balotelli flew to Liverpool on Friday, where he met with Rodgers, underwent a routine physical examination and agreed in principle to a three-year contract with the Reds, according to multiple reports.

Raiola put a timetable on the transfer, saying it will become official early next week. He also discussed why he thinks Steven Gerrard will help Balotelli flourish at Anfield.

Give it a read, let us know if you agree, and check this space on Monday for more updates.

Thursday 7:30 p.m.: It has been mostly quiet on the Balotelli front since news of his potential transfer broke Thursday morning. That’s probably because Balotelli’s representatives have been locked in negotiations with Liverpool over personal terms. However, some interesting information filtered out of the talks Thursday evening.

Liverpool wants Balotelli to agree to good-behavior clauses before negotiations can proceed to advanced stages, according to multiple reports.

Check it out our story on Liverpool’s concerns about Balotelli’s behavior, and we’ll pick up the Balotelli to Liverpool story when more news breaks.

Thursday 11:30 a.m. ET: Liverpool is on the verge of making one of the biggest signings of the summer 2014 transfer window.

Liverpool is in hot pursuit of Mario Balotelli, the 24-year-old Italian striker who is known for his goal-scoring ability and maverick behavior. The Reds and AC Milan agreed to a transfer fee worth around £16 million ($26.5 million) on Thursday, and Balotelli’s agent, Mino Raiola, is heading to Liverpool to negotiate personal terms, according to the Liverpool Echo and the Guardian.

The reports add that Balotelli said goodbye to his AC Milan teammates Thursday and told Sky Italia that he’s heading for the exit door.

“This will be my last day at Milan,” Balotelli reportedly said.

AC Milan published a statement on its website, which claimed that Balotelli’s departure was imminent.

“Mario Balotelli left Milanello’s sporting centre at 1.30pm (local time), after saying goodbye to his team-mates,” the club statement said, according to the Telegraph. “Before leaving the premises, the striker has said goodbye to members of Milan’s press office.”

Thursday’s news mark a stunning turn of events. On Aug. 3 Liverpool manager Brendan Rodgers “categorically” denied that the Reds were considering a transfer for Balotelli and, on Wednesday, AC Milan said that Liverpool hadn’t bid for Balotelli.

Balotelli now looks set to end his 18-month stay at AC Milan, during which he scored 30 goals in 54 games. Balotelli also spent two-and-a-half seasons at Manchester City before moving to Milan in January 2013.

If Balotelli lands at Anfield, he would be seen as a direct replacement for top goal scorer Luis Suarez, who joined Barcelona from Liverpool in July for a reported £75 million ($125 million).

Stay right here for all of our updates on this fast-moving story, as Liverpool looks to wrap up this blockbuster transfer in the coming days. 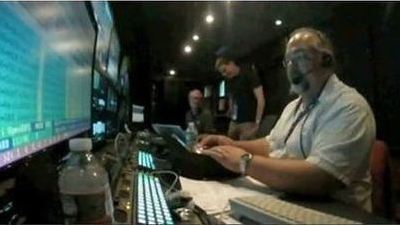