The Coyotes ditched the “Phoenix” part of their name after last season to officially become the “Arizona Coyotes.” Regardless what they’re called, their success has been built on a deep, talented blue line over the last four years, and 2014-15 shouldn’t be any different.

Oliver Ekman-Larsson is the Coyotes’ best defenseman as a two-way star who plays against elite competition and excels on special teams. Ekman-Larsson probably would have already won a Norris Trophy if he played in a Canadian market. Massachusetts native Keith Yandle provides consistent scoring on the blue line and tallied 53 points (eight goals, 45 assists) in 82 games last season. Zbynek Michalek and Brandon Gormley supply even more depth to a defensive corps that features as many as eight NHL-caliber players.

The Coyotes lack elite scoring talent and haven’t made any substantial offseason additions to replace Radim Vrbata’s goal output. If Arizona is going to make the playoffs, it will need its blue line to provide consistent scoring and dominate on special teams.

Player To Watch
Sam Gagner finally was dealt by the Edmonton Oilers in June after years of being involved in trade rumors. In fact, he was traded twice on the same day, going from Edmonton to Tampa Bay and then Tampa Bay to Arizona less than two hours later.

Gagner tallied 37 points (10 goals, 27 assists) in 67 games last season, and he will provide much-needed playmaking skill down the middle for a Coyotes offense that ranked 20th in goals scored in the NHL. He could have a breakout season with top-six ice time and a role on Arizona’s top power-play unit.

Biggest Strength
The Coyotes are a budget team and don’t put as much talent on the ice as most of the league. This makes coaching even more important to their success, and Arizona is fortunate to have one of the game’s bench bosses in Dave Tippett.

The 53-year-old is a great teacher and employs a structured defensive system that doesn’t put his goaltender in a tough situation. Tippett gets the most out of his players and consistently puts them in the best position to succeed. Many of his players — most notably veteran goaltender Ilya Bryzgalov — haven’t been able to duplicate their success in Arizona with other teams.

Most Glaring Weakness
Scoring depth is a huge issue for the Coyotes. They had just three 20-goal scorers last season and lost Vrbata in free agency this summer. Mike Ribeiro, who led all Arizona centers with 47 points, also left in free agency.

The Coyotes relied too much on their power play last season, finishing fourth in the league with a 19.9 percent success rate. They finished 20th in even-strength goals scored, and that must improve if they’re to make the playoffs from a Pacific Division loaded with quality goaltending.

Expectations In 2014-15
Arizona finished just two points out of a playoff spot last season despite several players underachieving. It was a remarkable accomplishment considering the team’s budget and lack of superstar talent.

The fact remains that the Coyotes are the fourth-best team in their division and won’t clinch one of the three divisional playoff spots over the California teams. That leaves only the two wild-card spots for Arizona, but given the amount of quality teams in the Central Division, it would be surprising if the Coyotes finished ahead of the Dallas Stars, Minnesota Wild or Nashville Predators. 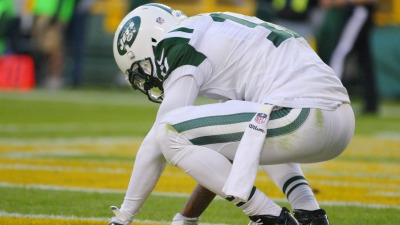 Jets Do Most Jets Thing, Call Timeout To Negate A Game-Tying TD (GIFs) 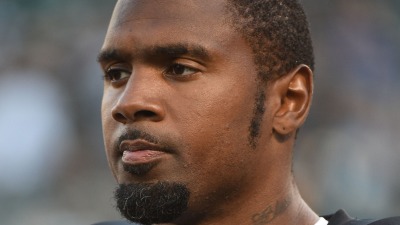 Charles Woodson’s Blunt Take On Raiders After Loss To Texans: ‘We Suck’