The Minnesota Wild are one of the NHL’s most talented teams, but suspect goaltending remains a huge roadblock in their quest for playoff glory.

Let’s be honest. Any team that invites Ilya Bryzgalov to training camp on a tryout basis has goaltending issues.

Josh Harding, who was one of the NHL’s three best goaltenders when healthy last season, reportedly has been suspended by the team after kicking a wall and breaking his foot. Veteran backup Nicklas Backstrom is talented but also very unreliable because of his lack of durability and lengthy history of injuries.

That leaves 24-year-old Darcy Kuemper as the likely starter. He played in 26 games last season, posting a 12-8-4 record with a .915 save percentage and a 2.43 goals against average. Kuemper has a bright future, but asking him at this stage of his development to anchor a team capable of reaching the Western Conference finals is far from ideal.

Player to Watch
Thomas Vanek signing with the Wild had been rumored for years before it officially happened in July. The 29-year-old veteran is one of the most skilled wingers in the league, and he tallied 68 points (27 goals, 41 assists) last season in 78 games split between the Buffalo Sabres, New York Islanders and Montreal Canadiens.

Vanek is a great scorer, but he’s often inconsistent and won’t make much of an impact defensively. His playoff record is rather unimpressive, and he struggled (zero goals) in the Canadiens’ six-game loss to the New York Rangers in the 2014 Eastern Conference finals.

Minnesota finished 24th in goals scored and 16th in power-play percentage in 2013-14, and both of those areas should be improved with Vanek’s addition to the team’s top-six forward group.

Biggest Strength
The Wild’s top two lines match up well against nearly every team. Zach Parise, Mikko Koivu, Jason Pominville, Mikael Granlund, Charlie Coyle and Vanek give Minnesota five forwards capable of giving opponents problems in the attacking zone. Not only are these players highly skilled offensively, their work ethic is very strong and they consistently win puck battles along the boards and in the corners. Minnesota also had eight double-digit goal scorers last season (not including Vanek) and doesn’t rely on one or two players to carry the offense.

When the game is on the line, Wild head coach Mike Yeo has two lines of star players to put on the ice regardless of the situation — a luxury many other coaches don’t have.

Most Glaring Weakness
The Wild finished 27th in penalty killing last season with a 78.8 percent success rate (one of five teams below 80 percent). With unreliable goaltending and a lack of shutdown defensemen, Minnesota will have a tough time making any noise in the playoffs if it fails to improve in short-handed situations. The last three Stanley Cup champions — the Boston Bruins, Chicago Blackhawks and Los Angeles Kings — all had tremendous penalty-killing units.

Expectations In 2014-15
The Wild play a structured two-way game, have good scoring depth and a talented blue line highlighted by perennial Norris Trophy candidate Ryan Suter. This team has all the ingredients to challenge for the Western Conference title except for goaltending. With that said, it’s possible Kuemper has a breakout season and wins the starting job long-term. But the more likely scenario is Minnesota winning one playoff round before falling to the division rival Chicago Blackhawks in Round 2, which is what happened in the 2014 playoffs. 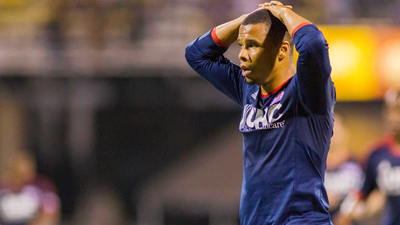