Barry Trotz spent 15 seasons behind the Nashville Predators bench, but he will begin the 2014-15 campaign as the fourth Washington Capitals head coach since 2007-08.

Trotz brings a more defensive-minded approach than his predecessor Adam Oates, and it will be interesting to see if this new philosophy is a fit with the current Capitals roster. Washington has a lot of skill, both at forward and on the blue line, and there is a lack of elite defensive players up and down the roster.

Even if the Capitals score less goals with Trotz behind the bench, they likely will improve on the penalty kill, in the faceoff dot and between the pipes. If that happens, Washington will have a good chance to avoid missing the playoffs in back-to-back seasons for the first time since 2006-07.

Player to Watch
Evgeny Kuznetzov made his NHL debut in 2013-14 after spending the previous five seasons in the KHL. The 2010 first-round pick tallied nine points (three goals, six assists) in 17 games and showed flashes of the elite talent that made him one of the highest-ranked prospects over the last few years.

The Russian forward brings great speed, goal scoring, playmaking skill and a high hockey IQ to the Capitals lineup. He’s competing for a center spot in training camp and the preseason, but he also could play a role on the wings if needed.

Biggest Strength
The Capitals have a fantastic power play, a unit that ranked second with a 23.4 percent success rate last season.

Alexander Ovechkin, who consistently ranks among the leaders in power-play goals and scoring, tallied 39 points (24 goals, 15 assists) with the man advantage in 2013-14. He ranked second in the league in power-play scoring, while linemate Nicklas Backstrom led all players with 44 points (six goals, 38 assists).

Washington’s ability to generate and capitalize on scoring chances with the man advantage makes it extremely important for opposing teams to play disciplined hockey against them. Taking penalties is just asking for trouble.

Most Glaring Weakness
The Capitals don’t have an elite, shutdown defenseman — someone of Zdeno Chara, Shea Weber or Drew Doughty’s caliber. It’s one of the weaknesses that has hurt Washington in previous playoff runs during the Ovechkin era (2005-06 to the present).

Mike Green and free-agent acquisition Matt Niskanen are quality offensive players, good puck movers and quarterback a power play very well, but they lack top-tier defensive skill. The free-agent signing of Brooks Orpik will add much-needed truculence and experience to the Capitals blue line, but his days as a shutdown D-man ended long ago.

Washington must address this weakness if it’s going to compete for a championship in the near future.

Expectations In 2014-15
The Capitals are a tough team to predict. The pieces are present to make the playoffs, and Trotz is expected to improve the defensive deficiences that have hurt Washington in recent seasons. The key component to this team’s success will be the performance of starting goaltender Braden Holtby. The 25-year-old netminder is the undisputed starter following Jaroslav Halak’s offseason departure, and he has the talent to be a star player (career 60-31 record with a .919 save percentage).

If the Capitals avoid major injuries, they will contend for a wild-card playoff berth in the Eastern Conference. It also helps that they play in a weak Metropolitan Division with no clear favorite. 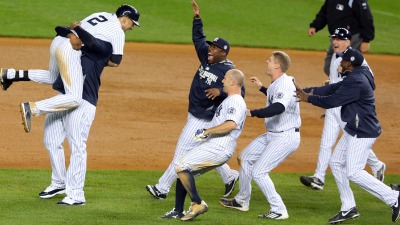