The NFL is back, and soon the NHL will be, too.

That means it’s time for some preseason predictions. We will first look at the 2014-15 NHL award races, which hopefully will be more competitive than last season’s.

The return of superstar centers Steven Stamkos of the Tampa Bay Lightning and John Tavares of the New York Islanders should add more competition to the Hart, Art Ross and Rocket Richard races. Both players missed more than 30 games last year because of major injuries.

Here are my NHL awards predictions for the upcoming season.

Getzlaf finished second last season despite posting excellent offensive numbers (87 points, career-high 31 goals) and playing better defense than Crosby in a much tougher Western Conference. The Ducks captain will be the best player on a team that should win the Presidents’ Trophy.

Crosby led the league in scoring last season with 104 points — no other player tallied more than 87. The Penguins captain will win this award for a third time if injuries don’t prevent him from playing a full season.

Stamkos has won this award twice and is the last player to score 60 goals in a season (2011-12). Alex Ovechkin will provide competition as a five-time 50-goal scorer, but the Capitals are expected to be a more defensive team under new head coach Barry Trotz.

Shea Weber has been a finalist for this award several times but he’s never won it. The Predators captain arguably is the best two-way D-man in the league and consistently ranks among the leaders in goals scored by blueliners. Weber deserves to win the Norris if he has another great season, because, quite frankly, he should have two of them already.

Bergeron, a two-time winner, is the best defensive player on one of the top defensive teams, which will help him earn at least another trip to Las Vegas as a Selke finalist. In addition to his faceoff and puck-possession prowess, he’s the most responsible and intelligent defensive player at 5-on-5 and on the penalty kill.

O’Reilly combined excellent offensive production with less than five penalty minutes last season, making him an easy choice for the award. Unless he changes his style of play, the veteran center should be the top candidate again.

Voters tend to favor the player with the most points when determining the Calder winner, which gives Drouin an excellent chance because he’s likely to play alongside Stamkos on Tampa Bay’s top line.

Rask won the Vezina last season by finishing in the top five of save percentage, goals against average and shutouts. The 27-year-old has a good chance to win again as he enters the prime of his career on a team that consistently ranks inside the top five of GAA and penalty killing.

This is the toughest award to predict because it usually goes to the coach who takes a team that was expected to be horrible and leads it to the playoffs. However, Babcock has been the best coach in the league for the last six seasons and hasn’t won the Jack Adams yet. It’s time to fix that. 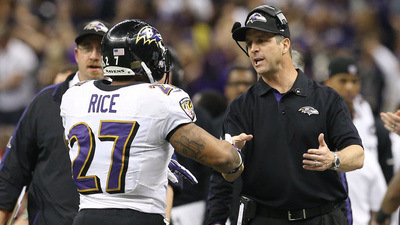