WILMINGTON, Mass. — Matt Fraser experienced the thrill of the Stanley Cup playoffs for the first time last season, and he became a hero when he scored the Game 4-winning goal in the second-round series against the Montreal Canadiens.

Despite the experience he gained last season, the 24-year-old forward is treating training camp and the preseason as if he’s on the same level as all of the other young prospects fighting to earn one of the Boston Bruins’ open roster spots.

“You have to take what you did last year and use it to your advantage,” Fraser said after Friday’s practice at Ristuccia Arena. “I think it’s a new season and the slate is pretty much wiped clean.

Fraser has skated alongside first-line center David Krejci throughout training camp, and the two connected on a power-play goal in Boston’s 3-2 loss to the Canadiens on Tuesday night.

Fraser’s performance in Montreal was a good step toward him making the B’s roster, but there’s still plenty of work to do.

“Well, I think he sees that there?s some opportunities here and he?s trying to take advantage of it. Kudos to him for taking charge and doing that,” Bruins coach Claude Julien said Wednesday morning. “Again, you want to see those players build some consistency in their game. I think if he plays like that night in, night out, his chances of making the team are pretty good. We?re only talking about one game, so let?s see how the rest of training camp goes.”

Fraser’s best asset is his shot. It’s powerful, accurate and he has a quick release. He’s also not hesitant to use it whenever scoring chances are present. He has a high hockey IQ and is well-positioned in scoring areas to receive passes from playmakers such as Krejci.

Working to Fraser’s advantage is the Bruins’ need for a winger with a right-handed shot, size and the willingness to battle hard for puck possession. He fits all of those needs, but he’s not taking anything for granted. The Bruins still have more than 25 players in camp after the first round of roster cuts, and several of them are competing for the same spots as Fraser.

The Bruins have a spot open next to Krejci at right wing following Jarome Iginla’s offseason departure. Loui Eriksson is expected to fill that role, at least to start the season, but Fraser is a possibility, too. He also could fit at right wing on the third or fourth line. The fourth line needs more offensive skill after Shawn Thornton’s summer exit, and Fraser would provide that scoring touch while also bringing the truculence/energy expected of a fourth line guy.

After spending three seasons in the minors — including 20-goal campaign with the Providence Bruins in 2013-14 — Fraser is ready to take his career to the next level, and he’s firmly aware of the task at hand.

“I wouldn’t say nerve-racking, but I’ve said it before, everyday is a trial for me,” Fraser said. “This is an opportunity that doesn’t come around often, there are spots open and I don’t want to look back and realize this was my chance to make the team and I didn’t do it.”

“I’m putting all my cards on the table, and I want to show them what I can do.” 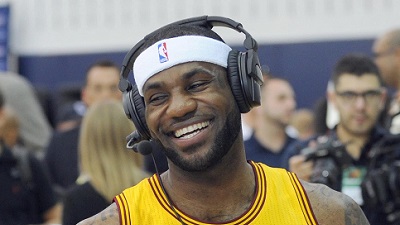 LeBron James: ‘I Still Have A Lot To Prove’ In Return To Cavaliers 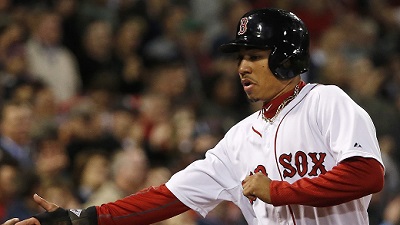