The Red Sox downed the Tampa Bay Rays 11-3 on Wednesday at Fenway Park. It was Boston?s best offensive output since scoring 11 runs Aug. 26 against the Toronto Blue Jays at Rogers Centre.

The win was the Red Sox?s 69th of the season, pulling them even with Bobby Valentine?s 2012 squad, which finished with a 69-93 record. Boston has four games remaining on the schedule.

— The Red Sox?s starting lineup featured seven rookies, including pitcher Anthony Ranaudo. It was their most rookies to start a game since 1987.

The six rookie position players went a combined 7-for-20 with a home run, a double, seven RBIs, seven walks and eight runs scored.

Overall, 10 rookies appeared in the game for Boston.

— The Red Sox batted around in the fourth and sixth innings.

— Ranaudo ended his season on a positive note.

Ranaudo allowed two runs — both in the first inning — on six hits over a career-high seven innings. He struck out two, walked one and threw 98 pitches (66 strikes).

Most importantly, Ranaudo kept the ball in the park. It was the first time in seven career major league starts that he didn?t surrender a home run. Ranaudo had allowed five homers in his last two outings.

— Betts reached base three times — single, two walks — atop the order. He scored a run and collected an RBI.

— Bogaerts went 2-for-4 with three RBIs.

— Christian Vazquez reached base three times with a single and two walks. He scored a run and produced an RBI.

— Rusney Castillo did some encouraging things.

Castillo drew the first two walks of his major league career. His first walk was a 10-pitch battle against Brandon Gomes in which he fouled off six offerings. His second walk was a five-pitch free pass from Kirby Yates that plated a run, resulting in Castillo?s first career RBI.

Castillo also displayed his above-average speed and impressive instincts in the sixth inning by scoring from second base on a passed ball. Steve Geltz?s 3-2 pitch to Betts — ball four — got away from catcher Jose Molina, and Castillo, who was off with the pitch, aggressively raced around third and darted home.

?He got to show off his speed,? said Cecchini, who scored ahead of Castillo. ?That?s what all ya?ll were talking about when he signed, so that?s obviously one of his tools that?s going to help this team win.? 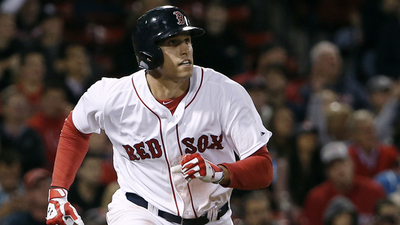 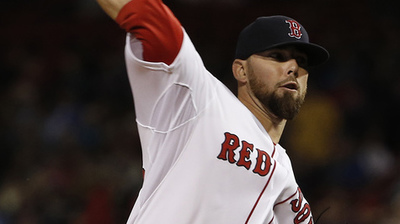