Shane Vereen: Patriots' Offense 'Has A Lot To Work On,' But Season Still Young - NESN.com Skip to content

When the New England Patriots’ offense is clicking, Shane Vereen can be one its most potent weapons.

The dual-threat running back proved that last year while he was healthy, posting 100-yard rushing and receiving performances and serving as a valuable third-down option for Tom Brady.

Yet Brady and the offense aren’t exactly firing on all cylinders so far in 2014. New England ranks 26th in total offense through Week 3, and Vereen has yet to eclipse 50 yards rushing or receiving in each of the Patriots’ first three games.

Vereen joined “The Jim Rome Show” on Thursday, and while he’s well aware of his team’s struggles, he added that the season is still young.

“We know that we can play better offensively, but at the same time, it’s just the beginning of the season,” Vereen told Rome. “We have a lot to work on, but we still have a long way to go.”

Vereen declined to pinpoint one issue, but added that it will take a group effort to turn things around, starting with a showdown with the Kansas City Chiefs on Monday night.

“It could be a lot of things. Watching the film, each play, a certain position — whatever you want to call it — had a letdown or sometimes a mental error, and it all has to come together. We all have to be on the same page at the same time, all 11.”

Fortunately, the Patriots’ underachieving offense has only cost the team one game so far — an opening day loss to the Miami Dolphins. Even that, Vereen said, could be used as a learning experience.

“It was Week 1. If we go on to win the next 15 games, they would never even mention Week 1… Maybe we needed it. Maybe it’s gonna help us here in the future.” 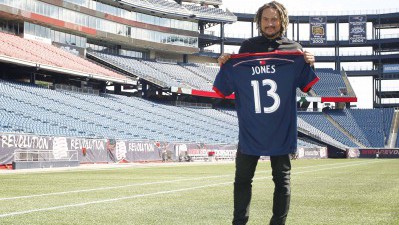