It’s a good thing Jermaine Jones slept well the night before he joined the New England Revolution because his first day could have left him spinning.

Jones’ first day with the Revs was nothing short of a whirlwind tour of his new team, city and lifestyle.

Jones met his new coaches and teammates before joining them for a full practice session. The Revolution then presented him to the media — all before lunch.

The “MLS Insider” spot revealed the emotions Jones, his teammates and coaches felt upon his arrival. The Revs have won four (and lost one) of the five games they’ve played since Jones debuted on Aug. 30.

The experienced German-American certainly has made an impact on the local Major League Soccer team.

Jones vows to kick butt in leadership role with Revolution >> 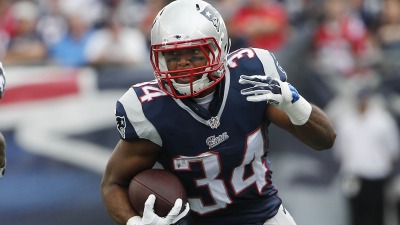 Shane Vereen: Patriots’ Offense ‘Has A Lot To Work On,’ But Season Still Young