The Boston Red Sox?s midseason boldness came with a catch.

The Red Sox, who made several deals before the Major League Baseball non-waiver trade deadline, must rebuild their starting rotation this offseason. General manager Ben Cherington made it perfectly clear he plans to pursue pitching through trades and/or free agency, but landing top-flight hurlers won?t come easy.

A lot of teams will be competing with the Red Sox for pitching help this winter. Fortunately for Boston, the organization has plenty of flexibility. The Red Sox have money to spend and a stockpile of prospects who potentially could be included in trades.

2014 at a glance
The Red Sox?s pitching staff underwent a massive renovation in 2014. Four-fifths of Boston?s Opening Day rotation — Jon Lester, John Lackey, Jake Peavy and Felix Doubront — were traded amid the team?s struggles. Clay Buchholz was the last man standing, so to speak.

Right now, Buchholz and Joe Kelly, who was acquired from the St. Louis Cardinals in the Lackey trade, are the only two locks for the 2015 rotation. Even they have their warts. Buchholz finished the season strong but struggled for much of the year. And Kelly was solid in 10 starts with Boston but occasionally lacked control.

The Red Sox relied heavily on young pitchers down the stretch, but none made a considerable impact. Brandon Workman, Rubby De La Rosa, Allen Webster and Anthony Ranaudo had varying levels of success, leaving Cherington and Co. with more questions than answers as far as prospects are concerned.

Whose job to lose?
The Red Sox can pencil in Buchholz and Kelly. Beyond that, it?s anyone?s guess.

Boston likely will acquire at least two starters, meaning one spot could be up for grabs among the club?s internal options. De La Rosa had the most success in 2014, but manager John Farrell acknowledged certain pitchers could shift to the bullpen. De La Rosa and Workman are the two likeliest candidates for such a change based on their previous relief experience and overall repertoires.

If the Red Sox add two starters and De La Rosa and Workman move to the bullpen, Webster and Ranaudo will have the inside track on the No. 5 spot. Other prospects are waiting in the wings, though, so spring training performance could be a determinant.

Owens is the Red Sox?s top pitching prospect. He?s the organization?s No. 2 prospect overall (behind catcher Blake Swihart), according to SoxProspects.com. Owens probably won’t start the season in the major league rotation, but it won?t be shocking if the 22-year-old jumps to the bigs at some point in 2015.

Owens has thrived at every level thus far. He went 14-4 with a 2.60 ERA over 20 starts with Double-A Portland this season before being promoted to Triple-A Pawtucket, where he went 3-1 with a 4.03 ERA in six regular-season starts.

Brian Johnson, LHP, 23
Johnson, a first-round pick in 2012, had an awesome 2014. He, like Owens, could wind up in Boston if/when someone in the Opening Day rotation falters.

Johnson went 10-2 with a 1.75 ERA over 20 starts with Portland after being promoted from High-A Salem.

Eduardo Rodriguez, LHP, 21
Rodriguez, who was acquired from the Baltimore Orioles in exchange for Andrew Miller, could have the highest ceiling of any pitching prospect in the organization. He struggled at Double-A Bowie before being dealt to the Sox but turned things around with Portland.

Rodriguez went 3-1 with a 0.96 ERA over six starts with the Sea Dogs. A 2016 call-up seems more likely given his place on the organizational depth chart, but things could change in a hurry.

Top three free agents
Max Scherzer, RHP
Scherzer is going to cost a truckload of money. The 2013 American League Cy Young reportedly turned down a six-year, $144 million contract offer before the season. It might have been a wise decision, too, as the 30-year-old followed up his 2013 success with an impressive encore.

Lester thrived for nine seasons in Boston before being dealt to the Oakland Athletics at the trade deadline. He?s coming off the best season of his career and will be rewarded handsomely on the open market.

James Shields, RHP
Shields has pitched like a legitimate ace the last four seasons. He?s a fiery competitor and someone capable of anchoring a pitching staff. Since Shields is turning 33 in December, his next contract could be shorter than the ones given to Scherzer and Lester.

2015 prediction
The Red Sox will make a splash. They need to.

The splash will involve landing two front-end starters to slot in ahead of Buchholz and Kelly. Shields seems like a logical free-agent target, and one shouldn?t rule out the possibility of a big trade. The Red Sox have the pieces to land someone like Cole Hamels.

The No. 5 spot could end up becoming a revolving door. Webster should receive the nod to start the season. 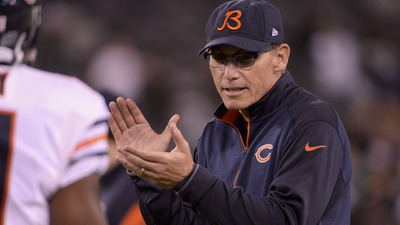 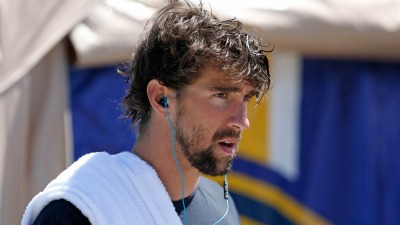