Finishing out games has been a serious problem for the Boston Celtics this season, but it wasn’t Wednesday, thanks to Jared Sullinger.

“We weren’t making a lot of shots like we were supposed to,” Sullinger told CSNNE’s Abby Chin after the Celtics’ 101-90 win over the Philadelphia 76ers, “so I just took it upon myself.”

That he did. The Celtics forward, who called the game “a must-win,” scored five points in the first 70 seconds of the third quarter and never looked back. After scoring just four points in the first half, Sullinger tacked on 18 more over the final 24 minutes to help Boston pull away for a much-needed victory.

— The first half was a sloppy affair on both sides — both teams had 10 turnovers by halftime — but was particularly frustrating for the Celtics, who were trying to avoid becoming the winless 76ers’ first victim this season. Boston led for a total of 18 seconds in the first quarter, didn’t take their next lead until the 3:53 mark of the second and were dominated on the boards by a Sixers team that entered the game ranked dead last in rebounds for/against ratio.

“I though we got a little bit loose with the ball at times, but that’s part of the way that they play,” Celtics coach Brad Stevens told reporters after the game. “They turn people over, and they convert (turnovers) to points. At halftime, they had 26 points off rebounds plus turnovers. So, we felt like if we shored up both of those two things, we were going to have a chance to kind of separate, and we did.”

— Brandon Bass and Marcus Thornton carried the Celtics’ offense in the first half. Bass led all scorers at the break with 12 points en route to finishing with a game-high 23.

— Philadelphia, now 0-11, undoubtedly is the worst team in basketball right now, but Stevens said he knew better than to overlook them. After all, the Celtics went 1-3 against last season’s Sixers squad that finished with just 19 wins.

Green posted his lowest scoring total of the season (11 points) but added a season-high 10 rebounds to finish with his first double-double.

— Evan Turner was booed relentlessly by fans in his old home arena. The Philadelphia 76ers draft pick didn’t have much of an impact Wednesday night, finishing with two points, four rebounds and three assists in 15 minutes.

— Up next for the Celtics is a date with the Memphis Grizzlies, who entered Wednesday night with the best record in the NBA. Sullinger said it felt good to pick up a win entering that tough matchup but acknowledged that Wednesday’s showing would not be enough against a team like the Grizzlies.

“(It gave us) a lot of momentum,” he said. “We just know we’ve got to play better. We had a lot of turnovers today, we didn’t make a lot of shots, and we know when we go down to Memphis, we’re going to have to do both of those things and play well.” 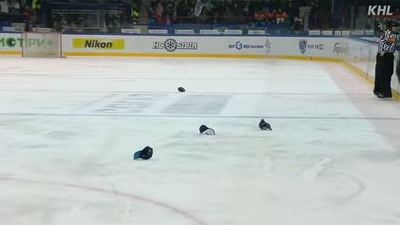