With Russell Westbrook and Kevin Durant both sidelined for at least another month, the chances of the Oklahama City Thunder making a deep playoff run in the loaded Western Conference seems like an tall task at this point in the season.

Dallas Mavericks owner Mark Cuban apparently thinks the same, as he pondered Sunday why the team doesn’t just rest its two stars for the remainder of the year and essentially tank for a great draft pick.

“The question I don’t think anybody has asked is, why don’t they pull a David Robinson and try to get Tim Duncan?” Cuban told ESPN Dallas.

Cuban, of course, was referring to the 1996-97 San Antonio Spurs team that won 20 games and used the first overall pick in the 1997 NBA draft to take Duncan, prompting a run of five championships in 16 years.

The Mavs owner didn’t think it would hurt the integrity of the league if the Thunder tanked because they would be increasing their chances of winning a title in the future by doing so.

“We already specialize in a race to the bottom,” Cuban said. “More participants won’t change anything. They’re all high-profile participants.”

Despite their 2-5 start, Thunder head coach Scott Brooks dismissed the idea and even thought Cuban might have had an ulterior motive by suggesting the Thunder tank the season.

“Ya think? There’s a pretty good team north of him,” Brooks said. 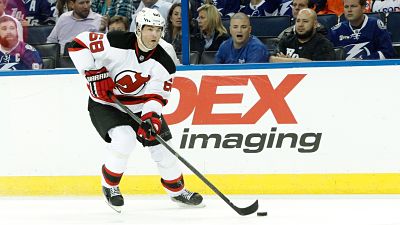 Who Is Second Behind Jaromir Jagr Among Active Players In Career Assists?