Brendan Rodgers didn’t see Liverpool’s win over Burnley on Friday the same way many others did.

After Liverpool labored to a 1-0 win against the the Clarets at Turf Moor, Rodgers praised the mentality his team showed in the victory. Burnley was more positive than Liverpool throughout, out-possessing and creating more goal-scoring chances than the visitors. However Raheem Sterling’s scored the game’s only goal, and the Reds snatched three points from their newly promoted opponents.

“In terms of our character and resilience in the game, we showed outstanding qualities when needed,” Rodgers said in his postgame press conference, according to LiverpoolFC.com. “It was difficult in terms of the fluidity in the game. They pressed really hard and made it difficult for us, in particular in the first half. But I felt we were better in the second half.

“There weren’t many chances in the game at all, but the one clear one that came to us we put away. We deserved the three points.”

Liverpool fans were hoping the Reds’ new system would spark a revival of form and an uptick in the results. Liverpool’s attack was menacing in the loss against Manchester United, the win over Bournemouth and the draw with Arsenal, but the Reds’ forward threat went missing against Burnley. Rodgers emphasized Liverpool’s ability to grind out a win in his postgame remarks.

“We had to show a different side today, with different types of qualities to what we showed against Arsenal and other games, like Bournemouth,” Rodgers said.

Liverpool will be back in action Monday when it hosts Swansea City at Anfield. Whether the Reds return to their flowing best or continue doing the dirty work isn’t chief among Rodgers’ concerns. The Liverpool manager wants his team to keep stack points over the festive period — whether they are lucky ones or the thoroughly deserved variety. 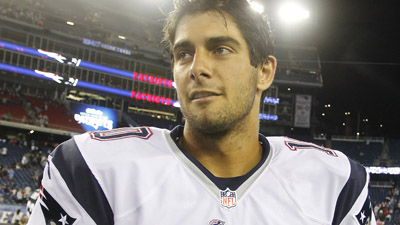 Jimmy Garoppolo Should Benefit From Patriots’ Early Clinch Of No. 1 Seed 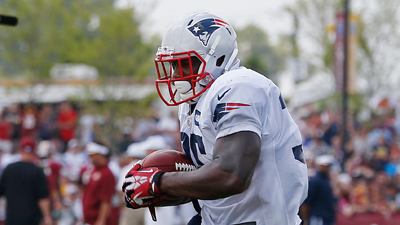