Third Period, 18:11, 6-2 Columbus: Patrice Bergeron still is not on the bench. We don’t know if something is wrong or if he’s not playing for precautionary reasons.

Third Period, 12:11, 6-2 Columbus: Matt Calvert trips Gregory Campbell in the neutral zone, and Boston will go to the power play for the third time tonight. The Bruins are 0-for-2 with three SOG with the man advantage.

Third Period, 7:35, 6-2 Columbus: Jeremy Morin scores his first goal of the season on a shot from the point. Tuukka Rask was screened and never saw the puck. This is the fourth game of the season in which Boston has given up six or more goals.

Second Period, 19:08, 5-2 Columbus: The puck hit the netting above the Blue Jackets goal, but the referees didn’t stop play. The Blue Jackets scored soon after and the referees were expected to waive off the goal. Instead, the goal stood and the Bruins trail by three.

Second Period, 14:02, 4-2 Columbus: Craig Cunningham scores his second career NHL goal and the Bruins are now trailing by two. He redirected a pass from Gregory Campbell and the puck bounced off Jack Johnson and into the net.

Second Period, 14:02, 4-1 Columbus: The Bruins’ power play is over and they now have just three shots on goal on two power plays tonight.

Second Period, 14:02, 4-1 Columbus: Boston is going back to the power play. Fedor Tyutin is in the penalty box for slashing.

Second Period, 10:44, 4-1 Columbus: David Savard is in the penalty box for interference, and the Bruins will go to the power play for the first time tonight.

Second Period, 9:26, 4-1 Columbus: The Bruins are unable to win battles in front of the net, and Nick Foligno scores a power-play goal at the front of the net. It’s his team-leading 17th goal of the season.

Second Period, 8:04, 3-1 Columbus: Boston is on the penalty kill after Brad Marchand is whistled for slashing.

Second Period, 6:34, 3-1 Columbus: The Blue Jackets win an attacking-zone faceoff, and Kevin Connauton’s wrist shot from the point takes a deflection in the low slot and beats Niklas Svedberg. Tuukka Rask has replaced Svedberg in the Boston net.

Second Period, 6:10, 2-1 Columbus: Matt Bartkowski elects to shoot high glove on a 2-on-1 and misses the net. A great scoring chance missed.

Second Period, 3:00, 2-1 Columbus: Milan Lucic and Dalton Prout square off in an entertaining fight, which we all expected would happen at some point tonight given how the last game between these teams ended.

Second Period, 2:20, 2-1 Columbus: Niklas Svedberg kicks a rebound into the low slot and the puck goes off Dennis Seidenberg’s helmet and onto the goal line. The goal horn sounded and the Blue Jackets fans began to cheer, but the referee ruled no-goal. The play was reviewed and it was determined the puck never crossed the goal line.

Second Period, 0:51, 2-1 Columbus: Scott Hartnell tips a shot from the point past Niklas Svedberg, and the Blue Jackets have regained the lead. He has both Columbus goals tonight.

First Period, 19:45, 1-1: Niklas Svedberg makes a save, and David Krejci stops the rebound attempt from his knees. The Bruins are fortunate not to be trailing 2-1 after that sequence.

First Period, 17:55, 1-1: The Bruins are making a strong push at the end of the period and have fired five shots toward Curtis McElhinney in the last two minutes, but the CBJ goalie has made some quality saves to keep the score tied.

First Period, 12:52, 1-1: The penalties have expired, and we’re back to 5-on-5. Curtis McElhinney made a tremendous glove save on a Torey Krug shot from the low slot at the end of 4-on-4.

First Period, 8:43, 1-1: Zdeno Chara hits Nick Foligno along the end boards and is whistled for boarding. The Blue Jackets will go to the power play for the first time tonight.

First Period, 8:31, 1-1: It took only 20 seconds for the Bruins to equalize. Patrice Bergeron made a pretty play in the attacking zone and beat Curtis McElhinney with an accurate wrist shot.

First Period, 8:11, 1-0 Columbus: The Blue Jackets have opened the scoring with a goal from Scott Hartnell. It’s his seventh tally of the season, this one on a rebound that beat Niklas Svedberg.

First Period, 5:00, 0-0: The Blue Jackets have dealt with a lot of injuries to key players this season. First Period, 3:45, 0-0: Ryan Johansen fires a shot at Niklas Svedberg from inside the right faceoff circle, and the B’s goalie makes a right pad save. Columbus has a 3-0 SOG edge so far.

7:00 pm: Here are the official rosters for both teams.

6:45 pm: The Boston Bruins have won three of their last four games and will aim to continue their climb up the Eastern Conference standings when they play the Columbus Blue Jackets on Saturday night at Nationwide Arena.

The B’s offense is showing improvement with four or more goals scored in each of the last two games. There’s a good chance Boston will continue to score goals at that rate because Columbus ranks 26th in goals against average and 27th in shots against. With that said, the Blue Jackets are a hard-working team and don’t shy away from physical play.

These are the lines and pairings in the pre-game line rushes, per the team: 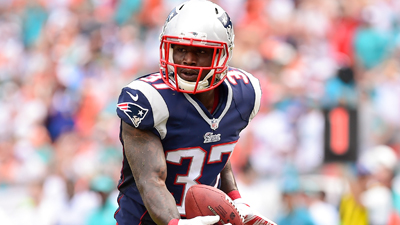 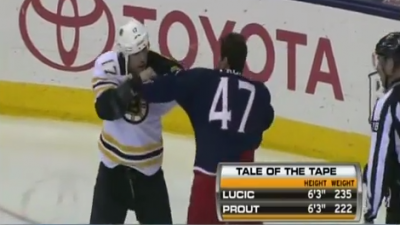