Jameer Nelson’s first seven quarters in a Boston Celtics uniform were nothing to write home about. His eighth, though, was something special.

Nelson played all but three seconds of the fourth quarter Tuesday night, helping the Celtics come back from 27 points down in an eventual 100-95 loss to the Orlando Magic.

How did Boston fall so behind? By playing about as bad a first quarter as they possibly could, that’s how.

The Celtics were successful on just two of 22 field-goal attempts during the first 12 minutes, allowing the Magic to take a 26-9 lead into the second quarter. The nine points were the fewest a Celtics team had scored in a first quarter since an April 29, 2009, loss to the Cleveland Cavaliers (for reference, LeBron James still was in his first stint with the Cavs at the time).

The next two quarters were an improvement from an offensive standpoint, but the Magic were able to keep up a shot-for-shot pace throughout. At the end of three, Orlando led by 25.

Brad Stevens opted to hand the reins over to the team’s three new acquisitions (Nelson, Brandan Wright and Jae Crowder), Evan Turner and Brandon Bass in the fourth, and that group almost immediately began chipping away.

The Celtics opened the quarter on a 12-2 run. By the six-minute mark, it had grown to 17-5. Then, Boston reeled off 10 straight points, trimming the deficit to 90-87 with 2:33 to play. This was as close as the Celtics would get — the Magic responded with a 7-2 run that all but put the game away — but the furious comeback showed what the trio acquired in the Rajon Rondo trade can bring to this team.

Wright made both of his shots and grabbed three rebounds in eight minutes of action. Crowder, who didn’t leave the bench for the first three quarters, injected the Celtics with the type of intensity and aggressiveness they had sorely lacked to that point on their Florida road trip.

Nelson started the game — getting the nod over rookie Marcus Smart — but didn’t come into his own until the fourth. The former Magic guard ran the show in the final frame, compiling five points, six assists and three steals, and just generally doing stuff like this:

All three of the ex-Dallas Mavericks, who finished with a combined plus-39 rating, also helped champion a Celtics defense that surrendered just 15 points in the fourth quarter (eight of which came on late-game free throws) after resembling a revolving door for the previous seven quarters.

Stevens wasn’t interested in moral victories when speaking with reporters after the final horn. As he’s previously explained following similar failed rallies, a late comeback isn’t necessary if you don’t fall behind early. But he nonetheless was pleased with what he saw from the newcomers.

?We didn?t play very well,” Stevens said. “That was fool?s gold at the end. I credit the guys that were in at the end, (though). I thought Jae Crowder brought us a great presence defensively. I thought Brandan and Jameer both did really good things. It was good for me to get a chance to see those guys play, and obviously in this game, they played pretty well.” 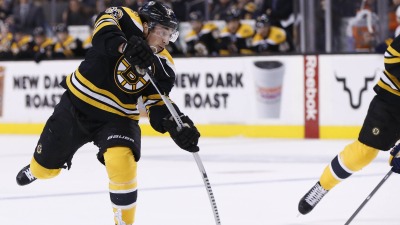 Manti Te’o Is Tired Of Hearing Fake Girlfriend Jabs: ‘Get A New Joke’