BOSTON — Lionel Hollins knows greatness when he sees it.

The Brooklyn Nets bench boss has coached Kevin Garnett for just a few short months, but he could not praise the veteran big man enough when speaking with reporters Friday morning.

“I’m honored and blessed to have had the opportunity to coach Kevin,” Hollins said before the Nets’ matchup with Garnett’s former team, the Boston Celtics. “He’s a warrior. He’s very professional. He works hard. He’s there every morning at 8 o’clock. He’s helping the young guys at halftime — he reminds me of (Memphis Grizzlies guard) Tony Allen. He’s in there watching the (first-half film) with the players and telling them what they should be doing and where they should be. It’s always nice to have leaders on the squad, and then also have guys that are professional and mature.”

Hollins coached Allen for four seasons in Memphis, and it didn’t at all surprise him to see that the guard displayed some of the same tendencies as the elder Garnett. Allen spent his first six NBA seasons with the Celtics, including three with Garnett.

“I’m sure,” Hollins said of Garnett’s influence on Allen, who was a key reserve on Boston’s 2008 championship squad. “When you play on a good team, everybody’s influencing everybody. It becomes part of your DNA, and you take it wherever you go after that.”

Friday’s game might very well be Garnett’s last at TD Garden. The 38-year-old is in his 20th NBA season, and many expect him to call it a career this summer.

Garnett is not nearly the scorer he once was, averaging 7.6 points per game this season, but he remains a more-than-capable rebounder, leading the Nets with 8.0 boards per game. 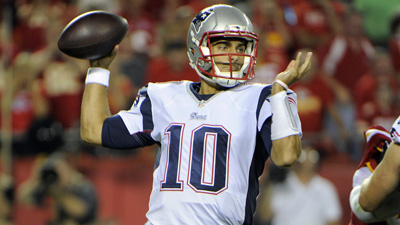 Bill Belichick: Jimmy Garoppolo Has A ‘Better Understanding Of The’ NFL 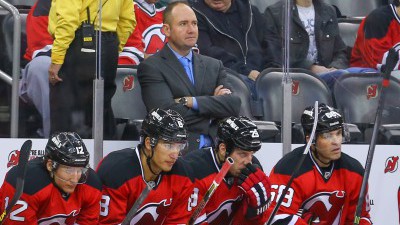