Bill Belichick: Jimmy Garoppolo Has A 'Better Understanding Of The' NFL - NESN.com Skip to content

FOXBORO, Mass. — It’s only right that three days after Christmas, the New England Patriots will get to play with their shiny new quarterback.

Since Sunday’s matchup against the Buffalo Bills means nothing to the New England Patriots  — they’ve already clinched the No. 1 seed in the AFC — keeping their starters in the game for all four quarters seems like a ticking time bomb for injuries. Quarterback Tom Brady still is likely to start the game, but rookie Jimmy Garoppolo could play more than a half in reserve to help keep Brady healthy and fresh.

This is the second time Garoppolo has prepared for the Bills as a member of the Patriots, and head coach Bill Belichick said he has a better understanding of the NFL this time around.

“I think Jimmy?s worked hard,” Belichick said Friday. “I?d say similar to (rookie center Bryan) Stork, he?s been consistent, he?s improved every week. He?s running different offenses for the scout team and having to keep up with what we?re doing in our installation and our game planning on a weekly basis, but he?s, again, been durable, been healthy, been out there every day, keeps getting better.

“He?s worked on a lot of things that we?ve identified for him to do. He?s gotten better. He certainly has, I think, a much better understanding of the league; these last three weeks have been good for him and probably a lot of the other rookies, too, just in terms of the second time around. So, kind of where we were the first time we played Buffalo to where we are now and sort of the better familiarity that he has, not only with the league, but in this team in particular, since we?ve already been through them once, I think that they can start to see, and as a coach you can see, that there?s a growth of understanding and the ability to process a lot of information.

“Same thing with the Jets last week or even Miami the week before; kind of the second time around. It?s not that same unfamiliarity as it was the first time. It?s been good.”

Garoppolo is 9-of-10 passing on the season with 92 yards and a touchdown. Garoppolo also impressed enough in preseason that the Patriots were willing to trade fourth-year veteran backup Ryan Mallett to the Houston Texans. 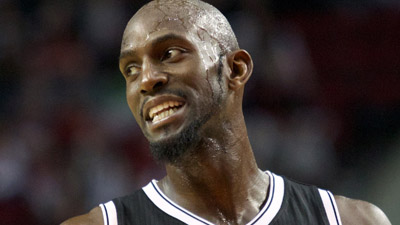