The NHL All-Star break is almost over, which means it’s time to start paying attention to the awards races.

This season’s races should be a bit more competitive than in 2014-15, which will make for an exciting second half of the regular season.

For example, the Hart Trophy race is wide open with at least five players worthy of consideration, including guys from each position. In fact, it’s possible that a goaltender could win MVP honors for the first time since Jose Theodore did it in 2001-02.

Here are the top three candidates for each trophy (excluding stat-based ones such as the Art Ross Trophy).

The Ducks have dealt with more injuries than most teams this season and wouldn’t have the best record in the league without Getzlaf’s extraordinary play. The Ducks captain ranks seventh in scoring with 50 points (15 goals, 35 assists), kills penalties, excels on the power play and makes his linemates better. He does a little of everything for the Ducks.

This should be the season in which Giordano is recognized for being one of the elite players in the league regardless of position.

The Flames captain leads all defensemen with 40 points, plays 25:02 per game, faces the fourth-toughest competition among blueliners and owns solid possession numbers despite playing on the third-worst puck possession team at 5-on-5 based on Corsi-for percentage. His contributions to special teams also have played a key factor in Calgary’s success this season.

Bergeron won the award last season and is the favorite to win it for a third time in his career. He ranks third with a 59.2 Corsi-for percentage at 5-on-5, which means the Bruins account for nearly 60 percent of the shot attempts when Bergeron is on the ice. When he’s not on the ice, that number drops to 49.7 percent, and the difference of 9.5 percent (also known as CorsiRel) is the highest in the league. These numbers are even more impressive when you consider that Bergeron plays against the opposing teams’ top forwards and has a 46.6 zone start percentage.

The B’s also produce 11.5 percent more scoring chances than opponents when Bergeron is on the ice compared to when he’s not, and that number (also known as SCF%Rel) is the highest among forwards with 350 minutes played.

Rinne leads the league in wins (29), goals against average (1.97) and save percentage (.931) and is the primary reason why the Predators lead the Central Division. Twenty-nine of Nashville’s 30 wins have come with Rinne in net. Unless Rinne’s injury situation worsens, expect him to be the clear favorite for this award.

It’s impressive when any 18-year-old defenseman plays regularly in the NHL given the difficult nature of the position, but Ekblad has played at a high level for a team that’s chasing a playoff spot. He leads all rookie D-men in scoring with 25 points, ranks second in power-play points with five and is second in TOI/game at 22:03. He’s also driving puck possession with a 53.9 Corsi-for percentage at 5-on-5.

Laviolette has helped the Predators improve from a draft lottery team last season to one leading the Central Division at the All-Star break.

Nashville ranks ninth in goals scored per game, first in goals against average and inside the top 10 in many puck-possession metrics. Laviolette’s system and coaching has improved the Predators’ offensive output — which has been a problem area for this team in the past — without hurting their defensive structure. 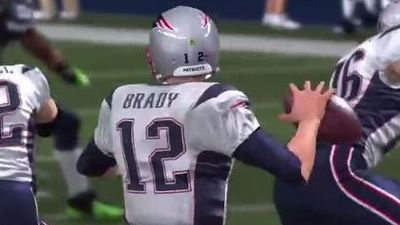 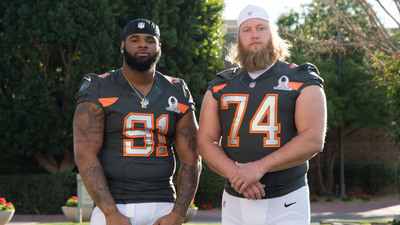