Evan Turner drilled a three-pointer with one second remaining to lift the Boston Celtics to a 90-89 win over one of the NBA’s best teams in the Portland Trail Blazers at the Moda Center on Thursday night.

Turner’s heroics were set up by Jared Sullinger, who made a great hustle play to dive on the loose ball and kick it out to Turner from his rear end.

It was Boston’s first win against a Western Conference team on the road in 24 games, dating back to a 2013 win over the Utah Jazz.

Turner finished the night with 10 points and eight assists. He was one of four Celtics players in double figures, as Avery Bradley led the way for Boston with 18 points.

The C’s exciting win was tempered somewhat by the loss of Kelly Olynyk, who left early in Thursday’s contest with a sprained right ankle and will not be available for the rest of the weekend, per the Celtics’ Marc D’Amico.

The Celtics kept pace with the Trail Blazers — who were playing without star forward LaMarcus Aldridge — for most of the night but appeared to be slipping when Portland took a six-point lead with under five minutes to play. Yet an Avery Bradley jumper sparked a 10-3 run for Boston that helped the team stay in the game and set up Turner’s dramatic finish.

It doesn’t get any easier for the C’s going forward, as they continue their West Coast swing against the Denver Nuggets tomorrow night at 9 p.m. ET before battling the NBA-leading Golden State Warriors on Sunday.

For one night, though, Boston can enjoy what has become a rarity of late — a hard-fought win against a quality opponent. 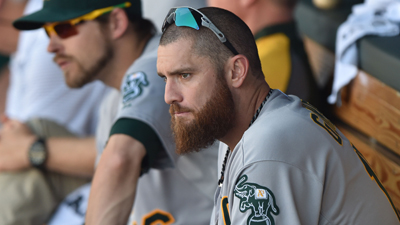