Celtics Bounce Back In Brooklyn, Blow Past Nets To Snap Three-Game Skid - NESN.com Skip to content

The Boston Celtics found exactly what they needed Monday in Brooklyn, breezing past the Nets 110-91 to snap a three-game losing streak.

Celtics guard Evan Turner notched his second career triple-double with 19 points, 12 assists and 10 rebounds in the win, and Avery Bradley paced Boston with 20 points to go along with seven boards.

EVERYBODY SCORES
After a rough start from the field, the Celtics found their stroke in the second quarter and converted 53.5 percent of their first-half field-goal attempts. Boston’s offensive attack was a balanced one.

Bradley lead the way with 11 points though the first two quarters, while Turner scored 10, Brandon Bass and Jonas Jerebko each added eight and Tyler Zeller and Kelly Olynyk chipped in with six apiece. All six of those players finished the game in double figures.

The Celtics led 54-49 at half despite the Nets’ domination in offensive rebounds (14-3) and second-chance points (16-0) and Brooklyn’s clear edge in free-throw attempts (13-6). The Nets went just 9-for-26 from the floor in both the first and second quarters, however, which isn’t going to win you many basketball games.

SMART OUT OF THE SIN BIN
Marcus Smart returned from his one-game suspension to start for the Celtics, but the rookie failed to make much of an impact in the early going. Smart went into halftime with just two points, one rebound and no assists in 14 minutes, though his one bucket was an nifty one.

The rookie played just seven minutes in the second half, missing both of his shot attempts and grabbing two steals.

THE HIGHS AND LOWS OF BROOK LOPEZ
Big man Brook Lopez by far was the best offensive player for Brooklyn, racking up 31 points on 12-of-19 shooting. Lopez pulled down just four rebounds, though, and his defensive shortcomings helped made Olynyk’s and Zeller’s (18 points, seven rebounds) productive nights possible.

Nets point guard Deron Williams turned back the clock in the third quarter, showing off some masterful handles as he helped key a Brooklyn rally.

The Nets trailed by just five with less than a minute remaining in the third, but Olynyk reeled off seven consecutive points midway through the fourth to stretch that advantage to 16, and Boston coasted the rest of the way.

Up next: Another pivotal game from a playoff positioning standpoint comes Wednesday for the Celtics, who host the seventh-place Miami Heat at TD Garden. Boston currently holds the eighth seed thanks to a Charlotte Hornets loss Monday night. 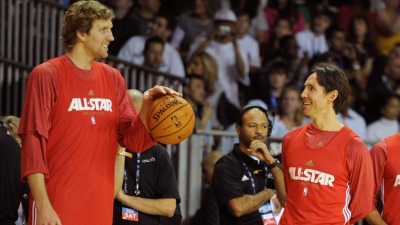 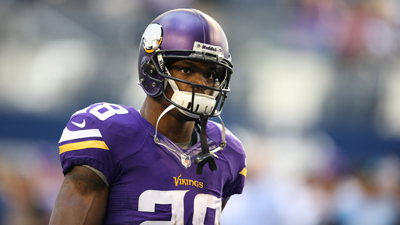 Matt Chatham: Adrian Peterson Should Return To Vikings In 2015