The scene prior to a recent professional hockey game in Sweden was shocking, to say the least.

Former Toronto Maple Leafs and New York Rangers enforcer Andre Deveaux went off the deep end prior to a playoff game when he attacked an opponent just before puck drop.

Seemingly out of nowhere, Deveaux sprinted from the boards to center ice where he unleashed a vicious slash before jumping on his opponent.

According to Sportsnet, that attack might have been in response to a play earlier in the series. It’s being speculated that Deveaux was responding to this hit.

One of the most surprising developments of the entire ordeal is that Deveaux wasn’t penalized and ended up playing in the game. We’ll see if he ends up getting any sort of supplemental discipline.

Deveaux last appeared in the NHL during the 2011-12 season with the Rangers. He racked up 29 penalty minues in nine games, and had 104 PIMs in 31 career NHL games. 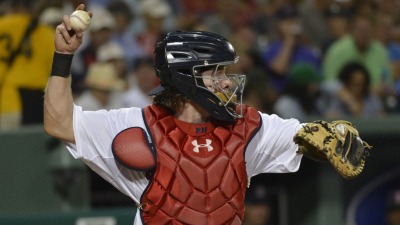