Ottawa Senators goaltender Andrew Hammond is single handedly keeping his team within striking distance of the Boston Bruins for the final wild-card playoff spot in the Eastern Conference. In fact, if Hammond doesn’t give up more than two goals in his next start, he’ll break a record set by a Bruins goaltender more than 70 years ago.

This success is quite surprising to say the least, and it’s not like Hammond was dominating the AHL before joining the Senators. He’s 7-9-2 with a subpar .898 save percentage and a 3.51 GAA for the Binghamton Senators this season.

Despite his lack of previous NHL success, all he’s done is win, and his latest victory was a crucial one for Ottawa.

Hammond led the Sens past the Carolina Hurricanes with a 2-1 overtime victory on Tuesday night. That win, coupled with the Bruins’ shootout loss to the Buffalo Sabres, put the Senators just four points behind Boston with a game in hand.

Hammond is expected to start against the B’s when these teams meet Thursday night in Ottawa. Given his lack of NHL experience, there isn’t an in-depth scouting report on him. The Bruins also haven’t faced Hammond this season because the Sens started Robin Lehner when these teams last played on March 10.

“I saw a stat he’s like 11-0-1 or something like that, pretty good numbers,” Bruins forward Brad Marchand said. “He’s obviously playing well. I think that’s also a good compliment to their team, they’re playing very well in front of him right now, which definitely helps him. (Thursday) we have to be even better because of that, he’s obviously not giving up a lot of goals, so we have to be very tight defensively and hopefully if we do that, we’ll (score) a couple and hopefully it’s enough to win.”

Hammond and the Senators aren’t the only challenge on the horizon for the Bruins. Thursday’s game is the first of a three-game road trip that ends with a weekend back-to-back against two quality Florida teams.

It’s an important stretch for the B’s in the middle of a grueling March schedule loaded with playoff-caliber opponents.

“We know what we?re facing in Ottawa and Florida and Tampa,” Bruins head coach Claude Julien said Tuesday. “Every game is going to be a fight. Like I said, we?ve been saying that for the last few weeks. We know where we?re at. All these teams are fighting for the same spot as we are, so we know it?s going to be crucial for us to get points and get wins.” 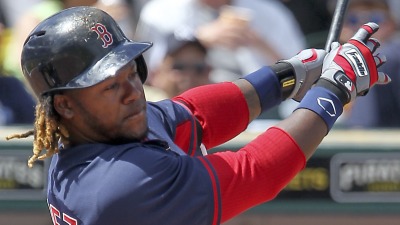 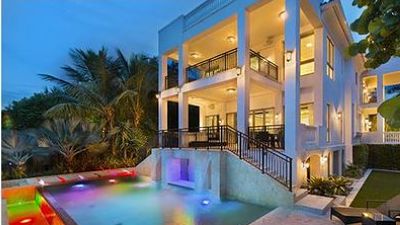