BOSTON — Where would the Bruins be without Patrice Bergeron this season? Not in a playoff spot with three games left in the regular season would be a good place to start.

Bergeron once again was among Boston’s best players in Saturday night’s 2-1 shootout win over the Toronto Maple Leafs at TD Garden.

He scored the team’s only regulation goal 19 seconds into the second period. It was the 22nd goal of the season for Bergeron, which ties him with linemate Brad Marchand for the team lead.

Bergeron also scored the Bruins’ lone goal in the shootout with a sensational move to beat Leafs goaltender James Reimer.

The veteran center finished with a goal, six shots, two takeaways and won 56 percent of his faceoffs in a team-high (among forwards) 20:05 of ice time.

Aside from goaltender Tuukka Rask, no one has been more valuable to the Bruins this season than Bergeron. He leads the team in scoring with 54 points, tied for both goals (22) and assists (32), and also ranks first in Corsi-for percentage (58.34), scoring chances-for percentage (60.04) and faceoff percentage (59.9). Bergeron plays against the toughest competition of any Bruins forwards, per BehindtheNet.ca, and ranks third among that same group in time on ice per game (18:05).

As long as Bergeron and Rask are healthy in the playoffs — if the Bruins secure a berth — they will have a chance to make a deep run in a wide-open Eastern Conference.

— The B’s improved to 4-9 in shootouts. Bergeron’s goal gives him a team-leading three shootout tallies on the season. Two of those have been game-deciding goals. Rask’s three saves on three Toronto shooters vaulted Boston into fourth place in shootout save percentage (.782).

— Gregory Campbell was a healthy scratch for the first time in his Bruins career. Max Talbot entered the lineup as a result and played left wing on a fourth-line that featured Chris Kelly at center and Brett Connolly at right wing.

“More a rotation,” Julien said of his fourth line. “I think (Campbell) is one of our great faceoff guys and he?s a good penalty killer. At the same time, I feel we?ve got a lot of players that can go in and out right now. That?s one of the reasons, but at the same time I?m trying to create a little bit of competition here; I don?t want anybody comfortable, knowing that they?re automatics game in and game out.”

— Connolly tallied two assists in his Bruins debut Thursday against the Detroit Red Wings, and he played another strong game versus the Leafs.

“It was great. Obviously I was really looking forward to a fresh start with a new team and obviously disappointing coming in and getting hurt,” Connolly said.

“Again, very excited to finally be out there and get a couple wins here in my first two games and to be able to contribute a little bit and help the team win. Again, the team?s playing well so far lately. It?s been a lot of fun to step in and be a part of it.”

— Reilly Smith had a rough night. He turned the puck over and took a penalty on the same power-play shift in the third period and played one shift after that. Smith played just 3:45 in the third period and was replaced by Connolly at right wing on his line with Carl Soderberg and Loui Eriksson when Julien shortened his bench late in the game.

— Here’s an updated look at the Eastern Conference playoff race. Detroit and Ottawa both have a game in hand on Boston, and those games will be played Sunday. The Florida Panthers were mathematically eliminated with a loss Saturday. 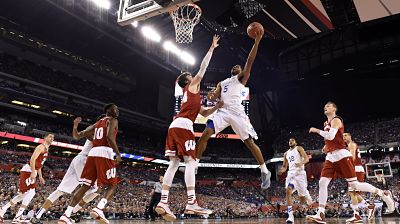