So, without further ado, here’s how we see the eight first-round series shaking out:

No. 1 Atlanta Hawks (60-22) vs. No. 8 Brooklyn Nets (38-44)
Hawks won season series 4-0
The Hawks stumbled a bit down the stretch, going 7-8 over their final 15 games after dominating the East for much of the season. Two of those wins came over the Nets, though, including a 131-99 blowout just two weeks ago. Atlanta might not have the star power to make a Finals run, but it will have more than enough to get past a washed-up Brooklyn team.
Prediction: Hawks in six.

No. 2 Cleveland Cavaliers (53-29) vs. No. 7 Boston Celtics (40-42)
Season series split 2-2
Raise your hand if you expected the Celtics to be a playoff team this season. Stop it, put your hand down. The C’s have made a remarkable turnaround in Brad Stevens’ second season, but the Cavs have been on the warpath ever since LeBron James’ little sabbatical back in January. Boston takes Game 3 back at TD Garden, but that’s all it gets.
Prediction: Cavaliers in five.

No. 3 Chicago Bulls (50-32) vs. No. 6 Milwaukee Bucks (41-41)
Bulls won season series 3-1
The Bucks are another up-and-coming team, vaulting back into the playoffs just a few short months after picking second in the NBA draft. The Bulls’ fortunes rest on the shoulders (or, really, the knee) of Derrick Rose. They’ll absolutely need Rose to be at full strength if they’re to have success in the later rounds, but they should get by Milwaukee regardless.
Prediction: Bulls in six.

No. 4 Toronto Raptors (49-33) vs. No. 5 Washington Wizards (46-36)
Raptors won season series 3-0
The Wizards have been a mess since the calendar flipped to 2015, suffering three separate losing streaks of four or more games. Washington also proved incapable of beating Toronto during the regular season, although their final two matchups were decided by a total of six points. DeMar Derozan and Kyle Lowry will power the Raptors through to the East semis.
Prediction: Raptors in six.

No. 1 Golden State Warriors (67-15) vs. No. 8 New Orleans Pelicans (45-37)
Warriors won season series 3-1
The first of many postseason appearances for Anthony Davis likely will be a brief one. The Pelicans battled their way past Russell Westbrook and the Oklahoma City Thunder to earn their first playoff berth since the Chris Paul era, but ‘Brow & Co. don’t have the horses to put a scare into Stephen Curry and the Golden State behemoth.
Prediction: Warriors in four.

No. 2 Houston Rockets (56-26) vs. No. 7 Dallas Mavericks (50-32)
Rockets won season series 3-1
Here’s where things begin to get interesting. The Mavs are an immensely talented team, but they’ve struggled to keep up with the NBA’s elite throughout their disappointing regular season. All three of their losses to the Rockets have come by single digits, but Houston enters the postseason on a roll, having won 14 of its final 17 games. James Harden gets the job done in this one.
Prediction: Rockets in six.

No. 3 Los Angeles Clippers (56-26) vs. No. 6 San Antonio Spurs (57-25)
Season series split 2-2
This has the potential to be the best first-round series in the bunch. The Clippers and Spurs are separated by four seeds but just one game in the standings, and both enter the playoffs with all sorts of momentum. L.A. has won 14 of its last 15, and San Antonio has been nothing short of a tornado of destruction of late, going 8-2 against fellow playoff teams over the final month of the regular season.
Prediction: Spurs in seven.

No. 4 Portland Trail Blazers (51-31) vs. No. 5 Memphis Grizzlies (55-27)
Grizzlies won season series 4-0
Portland enters the series as the higher seed thanks to its Northwest Division title, but Memphis owns home-court advantage. The Blazers own the second-worst road record of all Western Conference playoff teams, and they’ve lost 11 of their last 18 games and nine of their last 11 against the Grizzlies.
Prediction: Grizzlies in six. 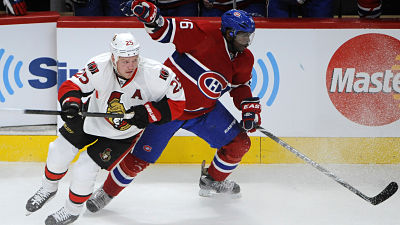 Chris Neil Warns P.K. Subban To Keep His Head Up As Series Continues 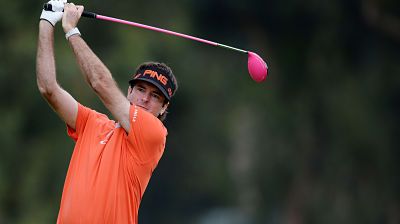