'Outside The Lines' Confronts Floyd Mayweather On Domestic Violence Past (Video) - NESN.com Skip to content

The only date that matters to Floyd Mayweather is May 2. But as the boxer looks to the future, and in turn the biggest fight of the century, ESPN’s “Outside The Lines” took the opportunity to highlight another aspect of the bout: Mayweather’s long history of domestic violence.

As the highly anticipated fight against Manny Pacquiao approaches, “OTL” dedicated a half hour to Mayweather’s violent past and why all of his alleged crimes largely go ignored in the boxing world. Mayweather’s troubled history spans a decade, as he has been involved in at least seven separate physical assaults on five different women.

Mayweather pleaded guilty in two of those instances, most recently serving a 90-day prison sentence for hitting his ex-girlfriend in front of their children in a 2010 incident. Despite Mayweather’s dark history, however, he has avoided being sanctioned by boxing organizations.

ESPN’s John Barr and Bob Ley dived into Mayweather’s crimes, and while they didn’t provide any new information regarding his past, they did address the boxer with some tough questions head-on. Mayweather refused to give direct answers, responding mostly by promoting the fight.

When asked what sort of message it sends to victims of domestic violence that he’s still allowed in the ring, Mayweather said: “Honestly, I want everyone to tune in May 2. Mayweather versus Pacquiao. This is a fight that you can’t miss.”

When pressed further, he simply said, “I’m blessed to be where I’m at.”

Check out the piece below. 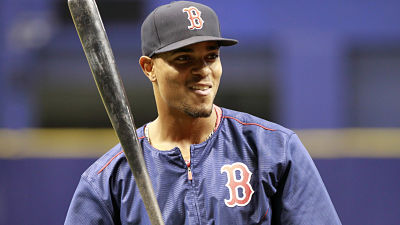 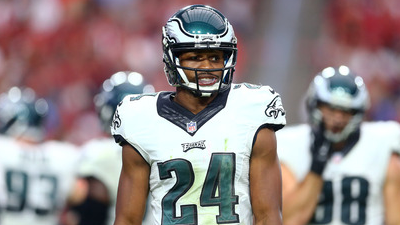