The New England Patriots’ secondary no longer features Darrelle Revis, but based on their 2015 schedule, it might not matter.

Check out game-by-game analysis of the Patriots’ 2015 schedule:

Week 1 vs. Pittsburgh Steelers
The Patriots have played the Steelers 10 times since Bill Belichick came to New England in 2000, and he’s 7-3 against them. The Patriots are 3-2 since Mike Tomlin became Pittsburgh’s head coach in 2007.

Covering Antonio Brown could be a challenge for the Patriots, who don’t have a No. 1 cornerback on their roster. The Steelers’ secondary is in worse shape, however, so this Thursday night kickoff could be a high-scoring affair.

Week 2 at Buffalo Bills
The Bills added some impressive pieces, including running back LeSean McCoy, wide receiver Percy Harvin, tight end Charles Clay and head coach Rex Ryan. The Bills might struggle at quarterback, though, where Matt Cassel and EJ Manuel will vie for the starting job.

Week 3 vs. Jacksonville Jaguars
The Jaguars improved via free agency by signing tight end Julius Thomas, defensive lineman Jared Odrick and cornerback Davon House. Those signings likely aren’t enough for them to beat the Patriots at Gillette Stadium, however.

Week 5 at Dallas Cowboys
The Patriots have played the Cowboys just three times since Belichick was hired, and New England has won all three matchups. Covering Dez Bryant will be tough, but the Cowboys’ offense isn’t as dangerous this season without running back DeMarco Murray, who signed with the Philadelphia Eagles over the offseason.

Week 6 at Indianapolis Colts
The Patriots are heading back to Lucas Oil Stadium for a second consecutive season. We don’t have the results of DeflateGate yet, but the Patriots are unlikely to receive a friendly reception from the Indianapolis faithful in this Sunday night game.

Week 7 vs. New York Jets
The Jets have a new head coach (Todd Bowles), and they added former Patriots running back Stevan Ridley and cornerback Darrelle Revis over the offseason. Gang Green still doesn’t have a quarterback, however, so it might not matter how well their running game or defense performs.

Week 8 vs. Miami Dolphins
The Patriots traveled to Miami early last season and then forced the Dolphins to play in the cold December Foxboro weather. That will switch this year, and neither team will have a distinct advantage in Week 8, since the weather should be mild in late October.

The Dolphins added defensive tackle Ndamukong Suh, tight end Jordan Cameron and wide receiver Kenny Stills over the offseason, which could make for some difficult matchups in the Patriots’ second Thursday night game of the season.

Week 9 vs. Washington Redskins
It could be tough to run on the Redskins this season after they signed defensive linemen Terrance Knighton and Stephen Paea. It’s unclear who Washington’s quarterback will be this season, however, as Robert Griffin III, Kirk Cousins and Colt McCoy remain on the roster.

Week 10 at New York Giants
The Giants signed former Patriots running back Shane Vereen over the offseason. It will be tough for the Patriots to stop receiver Odell Beckham, Jr. without a No. 1 cornerback.

Week 11 vs. Buffalo Bills
Whether the Bills are in the playoff hunt midway through the season in this Monday night game likely will depend on their quarterback. Their defense certainly is playoff-ready.

Week 12 at Denver Broncos
Tom Brady and Peyton Manning are set to face off for the 17th time. Brady holds an 11-5 record over his rival so far. It will be interesting to see how the Broncos fare with Gary Kubiak taking over for John Fox as head coach. This will be the Patriots’ fifth and final prime-time game of the season.

Week 13 vs. Philadelphia Eagles
Tim Tebow would make his grand return to Gillette Stadium — if he’s still on the roster, that is. Eagles coach Chip Kelly made some strange offseason moves, but signing running back DeMarco Murray and cornerback Byron Maxwell should help.

Week 14 at Houston Texans
Brady likely will play against one of his former backups in this matchup, since the Texans have Brian Hoyer and Ryan Mallett on their depth chart at quarterback.

Week 15 vs. Tennessee Titans
Zach Mettenberger, Marcus Mariota or even Philip Rivers could be under center for the Titans in this game. If it’s Rivers, this matchup will be much, much more interesting.

Week 16 at New York Jets
The Patriots end with two consecutive AFC East matchups. Revis could be playing spoiler in this matchup if the Jets’ quarterback situation doesn’t improve.

Week 17 at Miami Dolphins
The Patriots get to take an early January trip to Miami while New Englanders suffer in the cold. If the Dolphins can add a cornerback, linebacker and wide receiver in the draft, they could be playing for a playoff spot here. 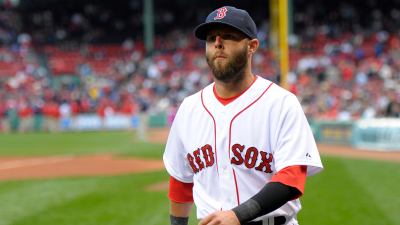 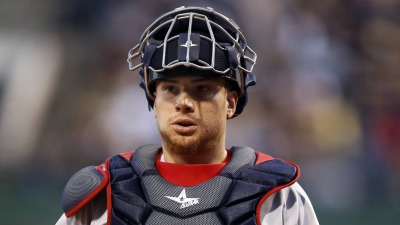