Raheem Sterling had one goal in mind Wednesday when he granted the BBC an exclusive interview about his future. He missed the target.

Sterling wanted to clear the air about his ongoing contract saga and tell fans why he hasn’t committed his future to Liverpool yet. However, Liverpool didn’t authorize Sterling’s interview with the BBC’s Natalie Pirks. Still, he and his agents decided he should sit down with Pirks for nearly 30 minutes because he has grown tired of the constant talk, much of it erroneous, about his contractual situation.

Sterling’s contract expires in 2017, the period when clubs normally either sell a player to the highest bidder or sign him to a long-term deal is quickly approaching. Both Sterling and manager Brendan Rodgers are “relaxed” amid the high-stakes negotiations, which the 20-year-old forward shelved until this summer. Liverpool fans aren’t.

Sterling, his agent, Rodgers and Liverpool officials know why he chose to stop negotiating. He wanted to explain his reasons to the public, dispel rumors and put the issue to rest for now, but the BBC interview only fueled further discussion and failed to answer the most important questions about his intentions.

Sterling capably conveyed his two main points to fans: Money isn’t the biggest motivating factor in his career, and he only wants to concentrate on soccer at this point in time. He could have said that in two tweets without risking the goodwill of his manager, his teammates and Liverpool fans. He choose the limelight of the BBC instead.

Rodgers called Sterling’s BBC interview a mistake Thursday without explaining why he characterized it that way. It’s unclear what, if any, club rules Sterling broke by giving the interview, and we’ll know better in the coming days and weeks exactly where he stands in the manager’s reckoning.

Sterling’s answers (or non-answers) to certain questions clarify exactly what the public doesn’t yet know (but ought to want to know). Specifically, Sterling spoke about having hopes and dreams for his career more than once but never said what they are and where Liverpool fits into his long-term ambitions. He also wouldn’t answer whether he will be a Liverpool player next season, nor did he say what it would take for him to commit sign a long-term contract with the Reds. Sterling said money wasn’t at the heart of the issue. So what is it?

Liverpool might win this season’s FA Cup and qualify for next season’s UEFA Champions League. Failure to do so would disappoint Sterling and Reds everywhere. Sterling didn’t say whether he would try to force Liverpool to sell him this summer if it misses this season’s targets. Rodgers said Sterling won’t leave anytime soon.

If Sterling is waiting to see how Liverpool finishes the season and what it does to strengthen the squad over the summer, he should have said just that. Sterling’s lengthy interview on the biggest outlet in the United Kingdom only draws more attention to the fiery rumors he wanted to douse and makes it bigger distraction for Rodgers and him.

Sterling works hard to improve his finishing on the field. While the BBC interview wasn’t a complete own goal in the public relations game, it represents a missed scoring opportunity off the field on his part. 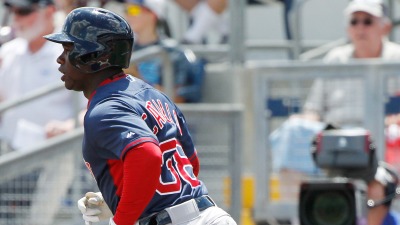 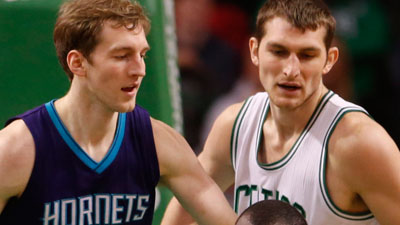