It shouldn’t come as much of a surprise, but David Ortiz will be in the lineup for the Boston Red Sox on Opening Day.

That’s usually a given, but with the rarity of the Red Sox starting the season in Philadelphia — in a National League ballpark — there was at least a little bit of uncertainty as to whether he would get the nod. Red Sox manager John Farrell revealed Sunday afternoon ahead of a team workout that Ortiz indeed will start at first base.

Ortiz’s inclusion in the lineup means Mike Napoli will take a seat after a very impressive spring. Napoli hit .400 (16-for-40) in 17 games with six home runs and 11 RBIs. Despite that hot start to 2015, Napoli is more than OK with sitting in favor of Ortiz, the face of the Red Sox franchise.

Napoli is 0-for-2 with a pair of strikeouts in his only at-bats against Phillies starter Cole Hamels.

— Speaking of Hamels, he had a great line Saturday when talking about his offseason. The subject of trade rumors all winter, Hamels clearly thought there was a pretty good chance he would have landed in Boston.

— Opening the season with interleague play isn’t just weird for the Red Sox hitters. It also presents a unique opportunity for Boston pitchers who will have to hit to open the season. Opening Day starter Clay Buchholz has had success — relatively speaking — in limited opportunities during his career, going 2-for-5 at the plate.

— April baseball above the Mason-Dixon line sometimes is a risky proposition, but it looks like weather won’t be an issue Monday. Forecasts call for mostly sunny skies with a high of 72 degrees. In other words, pretty much perfect baseball weather. 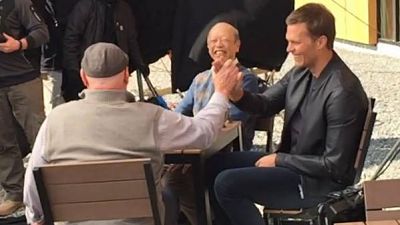 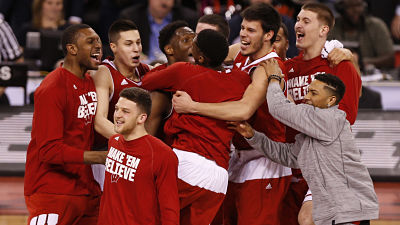