The Boston Red Sox’s streak is over.

The Red Sox were undefeated in series through their first four sets of 2015. The Tampa Bay Rays ended Boston’s run with a 2-1 walk-off win Thursday night at Tropicana Field.

Clay Buchholz and Jake Odorizzi battled to begin the ballgame. The contest ultimately was decided in the bottom of the ninth inning, though, as Rene Rivera ripped a single down the left field line against Anthony Varvaro to plate the game-winning run.

GAME IN A WORD
Methodical.

Both offenses struggled for much of the game. The Red Sox produced just three hits, while the Rays countered with six (three in the ninth inning).

There weren’t many momentum swings or big plays in the finale. It really just came down to the Rays executing a bit more than the Red Sox.

IT WAS OVER WHEN ?
Rivera yanked a 1-2 curveball down the line to score Desmond Jennings in the bottom of the ninth. Varvaro attempted several pickoff attempts before ultimately surrendering the knock.

The table was set for Rivera by Allen Dykstra and Kevin Kiermaier, both of whom singled. Kiermaier was lifting for a pinch-runner in Jennings, who crossed the dish moments later.

IN THE BATTER?S BOX
— Pablo Sandoval had a nice one-inning stretch.

Sandoval followed an excellent diving stop in the bottom of the first inning with a leadoff double in the top of the second. The third baseman scored when Daniel Nava lifted a sacrifice fly to center field.

— Mookie Betts walked and stole second base. The Red Sox are 12-for-12 on stolen-base attempts to open the season.

— Xander Bogaerts broke an 0-for-14 slump with an opposite-field single in the fifth inning. The shortstop noticed the Rays? unique defensive alignment and shot a ground ball through the right side.

Bogaerts, who has been working extensively with the coaching staff, also walked.

— Allen Craig, who started in left field, ripped a single to his counterpart in the seventh inning.

— Hanley Ramirez pinch-hit for Sandy Leon with two on in the seventh. Ramirez jumped ahead in the count 3-0 but struck out looking on a hanging slider.

— Betts, Dustin Pedroia and David Ortiz went a combined 0-for-11 atop the order.

ON THE BUMP
— Buchholz mixed his pitches, worked the corners and put together a strong outing.

Buchholz allowed only one run on two hits over six innings. He struck out a season-high 10 and walked three while throwing 104 pitches (62 strikes).

Buchholz didn?t factor into the decision, as he exited with the game tied at. But he pitched very well throughout the outing, missed bats and, perhaps most importantly, made it through the sixth inning.

— Alexi Ogando’s ERA continues to drop. The right-hander sat at around 93 to 94 mph with his fastball while working a scoreless seventh inning.

— Varvaro recorded only one out while taking the loss. He surrendered three singles in the ninth.

Varvaro looked rattled after giving up the first two singles. He appeared more focused on the runners than on attacking the hitter. It cost him.

TWEET OF THE GAME
Just what the doctor ordered. It didn’t help the offense, though.

UP NEXT
The Red Sox and Orioles will meet again.

Boston just hosted the O?s in a four-game series at Fenway Park. It?s now on to Baltimore for the Sox, who salvaged a split in the teams? previous series with a 7-1 rain-shortened win on Patriots? Day.

Rick Porcello and Miguel Gonzalez are scheduled to square off in Friday?s series opener at Camden Yards. Porcello, of course, is looking to bounce back after a rough outing his last time out. 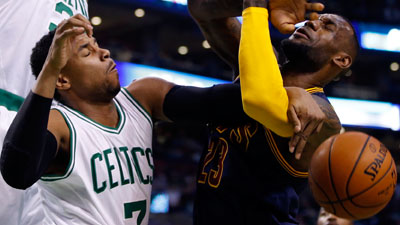 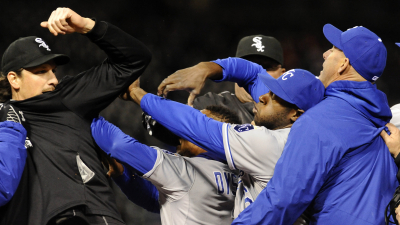