Jordan Henderson won’t be part of any player exodus from Liverpool this summer.

Henderson has agreed to sign a new five-year contact with Liverpool, the Mail, Liverpool Echo and Sky Sports reported Monday. The news will delight Liverpool fans, as Henderson and the Reds look set to successfully conclude months of negotiations.

Henderson’s current contract expires after the 2015-16 season, and some worried the 24-year-old midfielder might leave Liverpool for greener pastures. However, Henderson’s new deal will reflect his rise to becoming one of Liverpool’s key players, boosting his salary from a reported £60,000 per week ($4.7 million per year) to £100,000 per week ($7.8 million per year).

Henderson currently is Liverpool’s vice-captain and is the odds-on favorite to succeed Steven Gerrard as the Reds’ on- and off-field leader when the latter leaves the club this summer.

Henderson joined Liverpool in a £20 million ($29.9 million) transfer from Sunderland in 2011. Henderson initially struggled to justify the transfer fee, but his constant improvement through the years has made him an Anfield success story.

Henderson has scored seven goals and assisted on 14 more in all competitions this season. Both statistics are career highs for Henderson, and he remains as durable and dependable as ever.

Henderson’s new contract will expire in 2020, meaning he could spend the prime years of his career at Liverpool.

Henderson joins Daniel Sturridge and Philippe Coutinho among important Liverpool players who have signed new contracts in recent months. Gerrard already has decided to leave the Reds after this season, and defenders Glen Johnson and Kolo Toure, among others, are likely to follow suit. 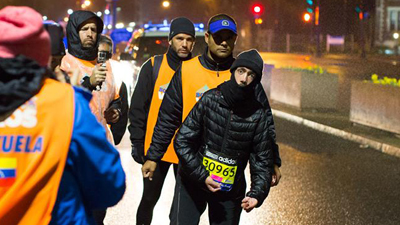