Rickie Fowler’s peers recently voted him the most overrated player on the PGA Tour. That wasn’t the case Sunday, when he won The Players Championship in a playoff, defeating Sergio Garcia and Kevin Kisner, who all finished at 12 under par through 72 holes.

To a degree, Fowler’s “overrated” title makes sense. He broke onto the scene in 2007 as the No. 1-ranked amateur golfer in the world, and he’s mostly popular because of his fashion sense.

Fowler typically rocks bright, neon colors. When it comes to the very particular set of unwritten golf rules, Fowler’s lime greens and highlighter oranges might as well be his birthday suit.

But Fowler hit a pretty awesome shot on No. 17 at TPC Sawgrass to set up his victory at The Players, which is considered golf’s “fifth” major.

Then, just to rub it in everyone’s faces (and who could blame him?) he locked lips with Alexis Randock, his beautiful bikini-model girlfriend.

Now everyone wants to be Rickie. Even animals want to hang out with him.

If this is what being “overrated” looks like, count us in.

Rickie Fowler wins the day, the tournament and the girl. 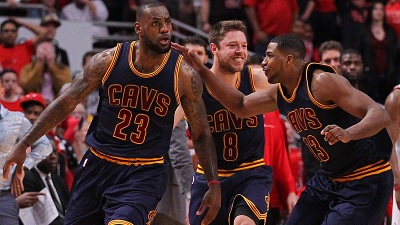