NHL To Adopt 3-On-3 Overtime Next Season, Pending Board Of Governors Approval - NESN.com Skip to content

Change could be coming to the NHL’s overtime format as soon as next season.

Pending approval from the league’s Board of Governors, overtime play will switch from 4-on-4 to 3-on-3 in the regular season, per TSN’s Bob McKenzie. Overtime would remain a five-minute period.

The Bruins and Tampa Bay Lightning played a little 3-on-3 overtime in March because of penalties, and the action was fast-paced, exciting and full of scoring chances.

?I thought there was lots of room, and if we would have kept — we went back to the 4-on-3 — but if we would have stayed like that, something can happen because there?s so much room and there?s lots of skills on the ice,? Bruins forward Patrice Bergeron said after the 3-2 shootout win. ?Yeah, I?d be for it.?

Brad Marchand, Bergeron’s linemate, called the 3-on-3 “a good experience.” 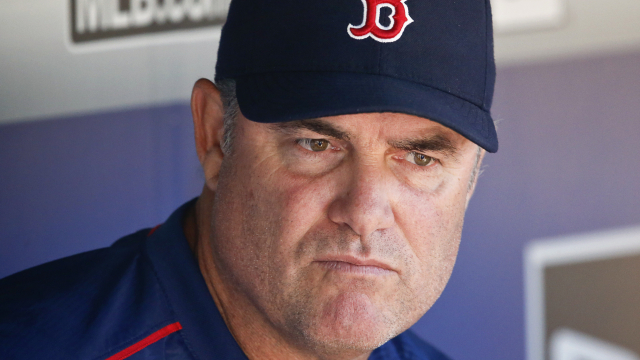 John Farrell: Rusney Castillo Will Work On His Game In Triple-A (Video)