The Red Sox returned to Fenway Park on Friday for the start of a 10-game homestand and quickly snapped an eight-game losing streak by defeating the Detroit Tigers 2-1 in 11 innings. Boston had lost its first seven games of the second half on the road, so the victory came as a relief, more than anything.

The Red Sox gained a game on the division-leading New York Yankees in the American League East, as the Bronx Bombers suffered a 10-1 loss to the Minnesota Twins. Boston still sits 11 games under .500 (43-54) and 11 games back of New York, though. The Sox aren?t exactly knocking on the door.

Let?s run down some notes from Friday.

— The Red Sox, who stayed in Houston on Thursday night after wrapping up a three-game series against the Astros, landed in Boston at around 1:30 p.m. ET on Friday, manager John Farrell said before the game. The Sox arrived at Fenway around 2:25 p.m., according to the skipper.

— Farrell called the recent road trip ?extremely disappointing? and noted there?s definitely ?frustration? stemming from the 0-7 stretch out of the Major League Baseball All-Star break. As such, Friday?s win undoubtedly was good for the Red Sox?s psyche, even though there?s still a lot of ground to make up.

— Xander Bogaerts is evolving into a star shortstop right before the Red Sox?s eyes. The 22-year-old?s teammates have been very impressed. Justin Masterson pointed to an instance in which Bogaerts backed up Alejandro De Aza in left field on a ball off the Green Monster as evidence of his development.

?Those are the little things,? Masterson said. ?Beyond the incredible defense he?s been playing — he?s become a high-caliber shortstop — and with the hitting that he?s done, he?s doing those little things and getting out there and backing up and making sure, especially here at Fenway.

?That?s how you?ve got to play Fenway, but it takes effort to do that, and he?s just been coming through and doing his thing. It?s been pretty impressive to watch, especially for the young kid that he is.?

— Junichi Tazawa outlasted Yoenis Cespedes in a critical battle in the eighth inning to help push the game to extra innings.

Cespedes batted in a 1-1 game with Ian Kinsler on third base and two outs. Tazawa threw the former Red Sox outfielder nine straight fastballs, eventually fanning him with a 95 mph heater.

?That might be the at-bat of the game,? Farrell said.

— Koji Uehara stood tall by tossing two scoreless innings. It was the first time he?s gone at least two innings since July 6, 2014, against the Baltimore Orioles.

Uehara, who completed his 21st perfect outing of the season, owns a 0.71 ERA over his last 12 appearances.

— Masterson allowed a single, uncorked a wild pitch and issued a walk in the 11th inning. But he kept the Tigers off the scoreboard and earned his fourth win of 2015.

Masterson escaped the inning with a strike ?em out, throw ?em out double play. It was a rather unlikely scenario, as Masterson struck out the switch-hitting Victor Martinez, who had been 9-for-21 with a .571 on-base percentage in 28 career plate appearances against the right-hander.

Masterson recorded two strikeouts in the frame, with both coming on sliders.

“I think we’re getting a little bit more whip,” Masterson said. “Not necessarily more velocity, but more whip on the slider, which has been showing.”

It?ll be interesting to see what the Red Sox do with Masterson as the July 31 non-waiver trade deadline nears. He?ll certainly help his stock with a couple of more encouraging appearances.

— Mike Napoli extended his season-high-tying hit streak to five games with a 1-for-4 effort. He?s batting .421 (8-for-19) during the stretch and, like Masterson, could boost his value to some extent.

— Hanley Ramirez slipped on first base while retreating to the bag on a pickoff attempt in the fourth inning. Farrell and a trainer checked on Ramirez, but the outfielder was deemed OK.

“He felt a little bit of a grabbing sensation, but nothing to keep him out of the lineup,” Farrell said. 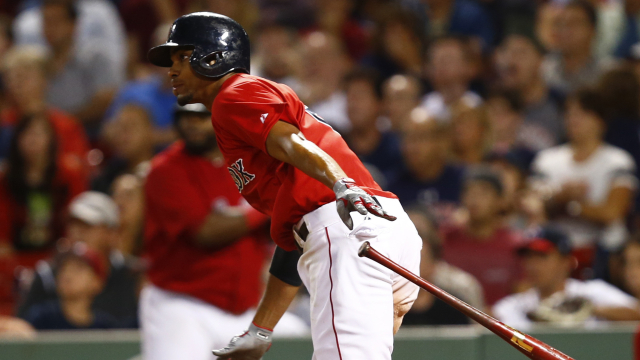 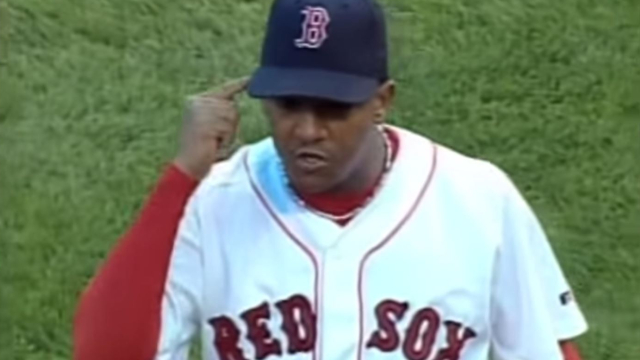