BOSTON — The Bruins might be without two of their top-six forwards for Wednesday night’s game against the Philadelphia Flyers at TD Garden.

B’s head coach Claude Julien revealed after the morning skate that veteran winger Matt Beleskey won’t play because of an upper body injury, while center Patrice Bergeron’s status for the game is to be determined. Both players were not at the morning skate, and Julien noted Bergeron’s absence was for personal reasons.

Julien did not have a timetable for how long Beleskey could be out of the lineup.

Beleskey has played most of his shifts with David Krejci and David Pastrnak. Loui Eriksson skated in Beleskey’s left wing spot with Krejci and Pastrnak during the morning skate.

Chris Kelly skated in Bergeron’s normal spot at center on the first line alongside Brad Marchand and Brett Connolly. 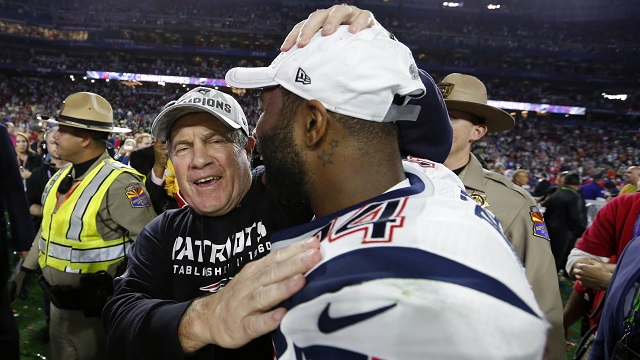 Bill Belichick: Darrelle Revis’ Approach Made Him ‘Pleasure To Coach’