LaFell considers Beckham his “little brother” despite them never being teammates at LSU. LaFell got his first glance at the star wideout in 2010, when the New England Patriots receiver was entering the NFL draft and Beckham was a senior in high school.

“I think LSU had a Nike camp, and I was actually working the camp,” LaFell recalled Friday. “They were asking me, ‘I need you to check out these two guys,’ and it was actually Odell and (Dolphins wide receiver Jarvis Landry). “I told them, ‘Jarvis might be the best football player, but Odell might be the best athlete we have at this camp right now.’ They just rolled every year, made plays at LSU. They should have won a national championship with all that talent they had. They’re here right now, and they’re both doing great things for their teams.”

The two LSU products train at their alma mater over the offseason with Landry and Giants receiver Reuben Randle.

Beckham has 59 receptions for 759 yards with seven touchdowns in nine games this season. He had a breakout campaign as a rookie last year with 91 catches for 1,305 yards with 12 scores.

LaFell, who missed the first six games of the season while on the PUP list with a foot injury, said he’s “real close” to being back to his normal self.

“I think I’m getting back to getting my wind, not being able to try to come out after three or four plays but go the whole series,” LaFell said. “I think I’m close.

“You always feel good running, but it’s different when you’ve got a guy in front of you, pressing you every play, hitting you down the field, getting tackled. That’s the difference from just getting out there and running on air.” 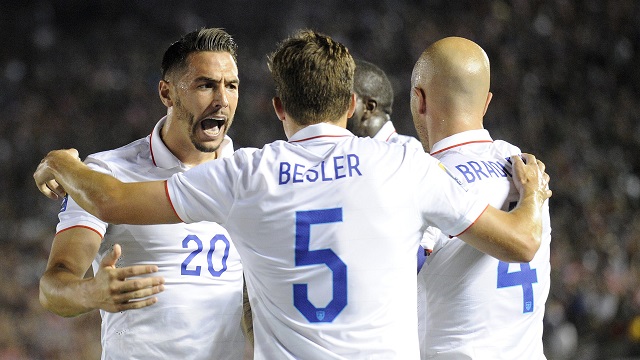