New England Patriots fans and Tom Brady might have finally received their much sought-after deep-threat receiver.

The Patriots claimed Leonard Hankerson off waivers from the Atlanta Falcons on Wednesday after the 6-foot-2, 211-pound wideout was waived from injured reserve. Hankerson hit IR Dec. 4 with a hamstring issue. He had 26 receptions for 327 yards with three touchdowns in eight games as the Falcons’ No. 3 receiver.

Hankerson’s production with the Patriots largely will depend on how quickly he picks up the playbook, but we already know he provides Brady with a big target who can run fast in a straight line — something the Patriots don’t currently have.

Hankerson, a Miami product who began his NFL career in 2011 as a third-round draft pick by the Washington Redskins, ran a 4.43-second 40-yard dash at the NFL Scouting Combine with a 36-inch vertical leap, 9-foot, 9-inch broad jump, 6.94-second 3-cone and 4.21-second short shuttle.

He also has positional versatility. The big widout spent 67.6 percent of his passing snaps in the slot this season for the Falcons. He mostly played outside in his first three seasons with the Washington Redskins and barely played in 2014 after beginning the season on the PUP list with a knee injury. He bounced back well with the Falcons before a hamstring injury slowed him.

Hankerson has been a productive deep threat during his career in limited opportunities. He has 10 catches on 18 targets over 20 yards for 310 yards with three touchdowns.

Brady has targeted X-receiver Brandon LaFell on deep passes 15 times this season. He’s caught just three of them with two drops. LaFell has dropped 23.08 percent of his catchable passes this season.

Hankerson, like cornerback Leonard Johnson, is as good of an NFL player as a team could possibly hope to acquire in December, which isn’t to say he’ll be a star or even a contributor on offense. He averaged 43 snaps per game as the Falcons started the season 6-1. He was the No. 3 receiver, pushing for No. 2 snaps, on a winning team that went 0-5 without Hankerson in the offense.

It’s unclear why Hankerson or Johnson were waived from injured reserve, but it might have been done as a favor to players signed on one-year deals who had regained their health and could still contribute for another team.

The Patriots could use Hankerson similar to how they deployed Aaron Dobson early in the season before he hit injured reserve. They have similar size and athleticism. It’s late in the season, which won’t help Hankerson acclimate quickly to the Patriots offense, but he’s worth a flyer as a productive NFL receiver who can provide depth behind a shallow receiver corps. 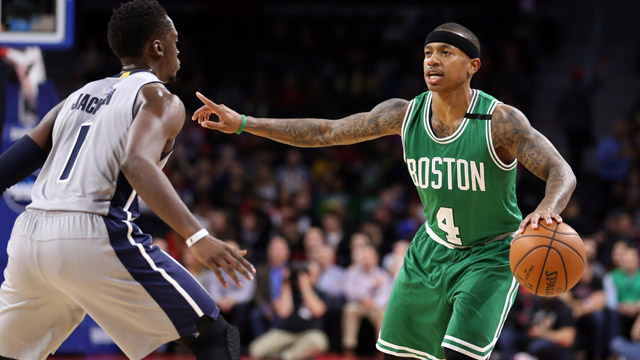