Just realized that Semin is the player featured on CH tiks for tonights MTL/BOS game. What are the chances of that. pic.twitter.com/zW1UQgJiRg

Semin cleared waivers Tuesday, and multiple reports Wednesday indicated his career in Montreal is over, and that his time in the NHL might very well be, as well.

Semin on unconditional waivers for purpose of his release. His agent Todd Diamond talking to teams overseas. Could be a deal by week's end

The events of this week represent a swift fall from grace for the Russian winger, who was a 40-point scorer for the Carolina Hurricanes just two seasons ago. He was a massive disappointment this season for the Canadiens, managing just four points (one goal, three assists) in 15 games after signing a one-year, $1.1 million contract this past summer.

Semin’s best years to date came with the Washington Capitals. The 31-year-old topped the 50-point plateau five times in six seasons with the Capitals and scored a career-high 84 points in 2009-10. 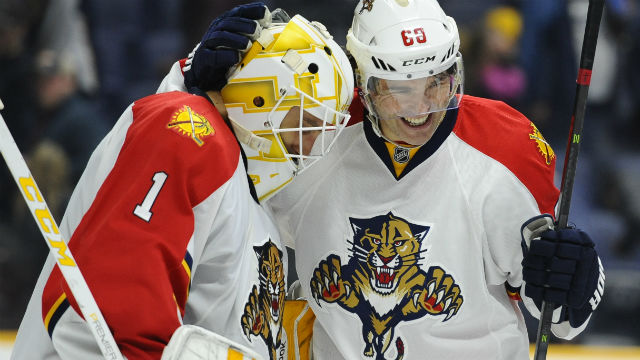