BOSTON — A UFC fighter having to recover from an ACL injury once is hard enough.

Cruz, who didn’t fight in 2012 or 2013 because of injuries, was forced to vacate the UFC bantamweight title in 2014 when ailments prevented him from defending the belt inside the octagon. He returned in September of that year to fight Takeya Mizugaki at UFC 178 and posted a dominant first-round TKO, only to suffer another setback that December when he tore his ACL again.

Cruz’s road back has been difficult, but that hard work could soon pay off. Cruz will take on TJ Dillashaw in the bantamweight title fight as part of UFC Fight Night Boston on Sunday night at TD Garden. It’s his best, and maybe final, chance to secure the title he once held.

“I?ve had three ACL injuries that I?ve had to get through, which basically, if you know anything about ACL recoveries, it strips the muscle completely off the bone,” Cruz said Thursday during UFC Fight Night media day at The Westin Copley Place. “I was down to nothing, and I had to rebuild that three separate times. Plus, I tore the quad off my bone. All of those injuries just stacked up. At one point, I didn?t know what I was going to do. I didn?t know if I was going to fight again or if my body would let me.

“The fight against Mizugaki showed me what I had. It showed me how strong my body really is. Really, more than anything, that?s what I needed to know. I needed to put trust not in my mind and in my ability, but in my body. I had to rebuild my body, and I did.?

Cruz said he’s fully confident in the current strength and health of his knees, noting he has faced tough competition at his gym during training. He can use his entire repertoire in this fight and not hold back because of any hesitation stemming from the condition of his knees.

Dillashaw was asked about targeting Cruz’s knees during the fight, potentially as a weak spot that could be exploited. The reigning champion won’t change his game plan because of it, but he won’t ignore it, either.

“If it?s there, I?ll take advantage of it. I?m not afraid to (attack it),” Dillashaw said. “If he wants to leave his legs out there, I?ll kick them. I?ll take them off and put him in a vice. It?s not like I?m going to be looking for it, you know.?

Cruz has displayed extreme confidence entering this fight, and the health of his knee certainly plays a part in that. The former champ was pretty dominant when healthy, and he hasn’t lost in three UFC fights. His last defeat came in 2007. 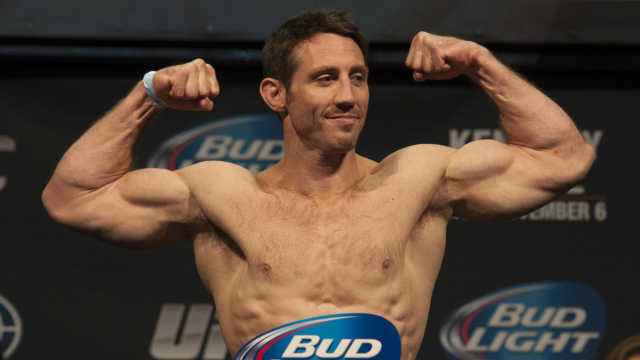