The Patriots lost to the Denver Broncos in the 2015 AFC Championship Game in large part because their offensive line couldn’t block edge rushers Von Miller and DeMarcus Ware. Nate Solder was lost for the season, Sebastian Vollmer had trouble switching from right tackle to left, and Marcus Cannon couldn’t seem to lay a finger on Miller all game.

Solder, Vollmer and Cannon are among 12 offensive tackles the Patriots have drafted since Bill Belichick was hired in 2000.

— Offensive tackles drafted by the Patriots have average speed and short shuttle times and below average 3-cone times.

The Patriots also have drafted 12 interior offensive linemen since 2000.

— Shaq Mason is the smallest and most athletic, while Tre’ Jackson is the biggest and least athletic. Both players were selected in 2015.

— The Patriots had success selecting Dan Koppen and Logan Mankins. The jury is still out on Bryan Stork, Mason and Jackson.

— The most stand-out measurement is is the Patriots’ 3-cone times.

NESN.com will go position by position to analyze the Patriots’ draft trends prior to this year’s NFL Scouting Combine. Look through our cornerback, running back, linebacker, wide receiver and defensive end trends. 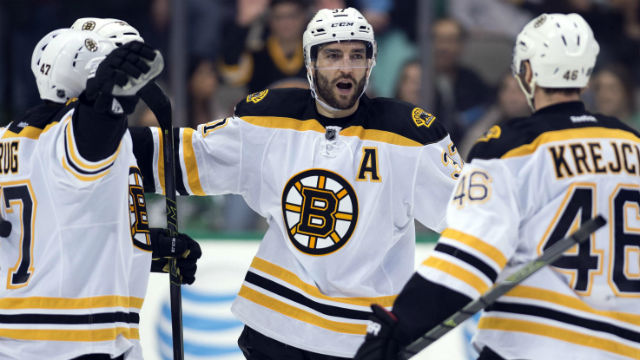