Tyler Zeller's Patience With Celtics Pays Off In Big Effort Vs. Knicks - NESN.com Skip to content

The Boston Celtics played their 50th game of the season Tuesday night, and you’d forgive Tyler Zeller if he wasn’t too pleased with how the previous 49 unfolded.

After leading the Celtics in Win Shares last season, the 26-year-old big man has averaged less than 10 minutes per game this season and made a minimal impact at the end of head coach Brad Stevens’ bench.

Yet Zeller has taken the unfortunate development in stride, and his patience finally paid off Tuesday at Madison Square Garden.

Zeller logged a season-high 27 minutes in the Celtics’ 97-89 win over the New York Knicks and rewarded Stevens with his best game of the season: 16 points on 8 of 13 shooting and 10 rebounds, both season highs.

“It feels great just to be able to get out there and play,” Zeller told CSNNE’s Chris Mannix in a postgame interview aired on the network. “It’s been a long time since I’ve been able to play that many minutes, so it just feels great to get a rhythm.”

Indeed, Zeller’s workload has been all over the place this season. He logged 18 minutes in a win over the Washington Wizards last Monday but played a total of 10 minutes over his next three games. He went four games in mid-January without seeing the floor. Stevens knows inconsistent playing time can take its toll, which is why he was quick to heap praise on his veteran big man after the game.

“It’s great,” Stevens said in a postgame interview aired on CSN New England. “There’s not a person around that’s not happy to see him do well. He has sacrificed quite a bit throughout the whole season for our team. You really trust him. I mean, he played great (Tuesday).”

Zeller was particularly effective down the stretch, tallying eight of his 16 points and six of his 10 rebounds in the fourth quarter. His plus-11 plus-minus rating also was tops on the team.

Not too shabby for a guy who’s averaging fewer minutes than David Lee, who hasn’t played in game since Jan. 12.

“He’s a pro. He’s always ready,” Stevens added. “I have so much respect for him, and in the same vein, David, because of the way they prepare every single day and the way that they go about it. It’s been great to see, and again, you root for guys that do that.”

Not surprisingly, Zeller’s teammates also are rooting for Zeller, too.

“Unbelievable. Unbelievable effort,” Celtics forward Kelly Olynyk said of Zeller’s play, via the Celtics’ Twitter account. “Every time he gets an opportunity he does what he’s supposed to do.”

Zeller hasn’t made the biggest impact this season, but having a player like him who can contribute when he’s called upon and not make a fuss when he isn’t is incredibly valuable for Stevens and the Celtics. 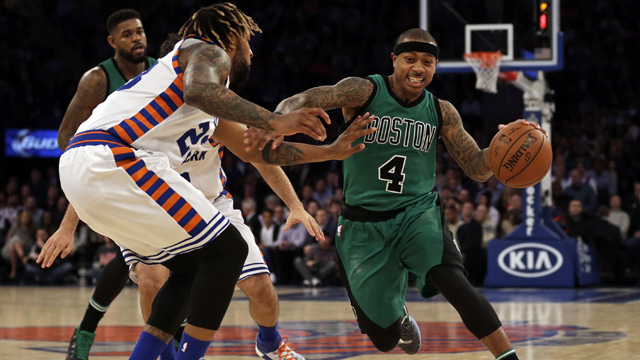 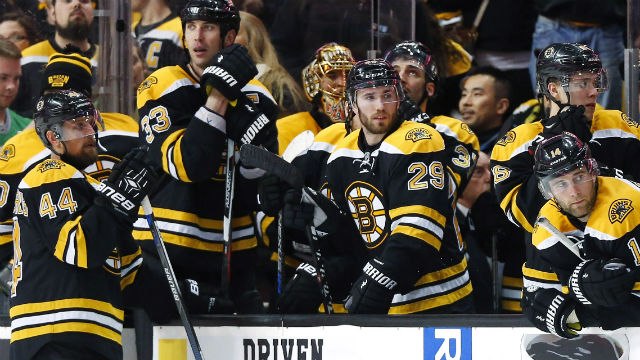