The NHL trade deadline will be a little less exciting thanks to the Winnipeg Jets.

The Manitoba franchise signed No. 1 defenseman Dustin Byfuglien to a five-year contract extension worth $38 million Monday, thus taking the top trade target, at least among blueliners, off the market.

Byfuglien is an exciting player — his immense size, offensive skill and physical play make him an effective player at both ends of the ice and also a fan favorite.

The contract term is great. He will be 35 years old when the deal expires and should be a quality player for most, if not all of it. The salary cap hit is a bit high, though. Small markets typically overpay to re-sign these types of players, and Winnipeg is the smallest in the league.

How does Byfuglien’s deal impact the trade deadline?

Here are some notable defensemen for GMs to target before the Feb. 29 deadline.

Winnipeg still is the top team to watch. Giving huge money to Byfuglien probably signals that captain and top-six forward Andrew Ladd is going to be dealt. He’d add scoring depth, leadership and lots of playoff experience (two Stanley Cup titles) for a contending team. Ladd is a UFA after this season and might command as much as $7 million on the free-agent market.

Winnipeg isn’t likely to make the playoffs in the ultra-tough Western Conference, so it makes sense to trade Ladd and acquire some assets rather than letting him walk in free agency with nothing to show for him.

Ladd, if made available, would be the top rental forward on the market.

Trouba projects to be a better player than Byfuglien and Myers. He’s a very talented, tough kid and has driven puck possession at a stellar rate. He compares pretty favorable to Byfuglien, too, as the chart below illustrates. Keep in mind Trouba is nine years younger than Byfuglien. Trouba will be an RFA if unsigned before July 1. A report from the Winnipeg Free Press last month said Trouba’s initial ask was “at least $7 million.” That’s a high number, and it probably won’t be the final figure if it’s his first offer, but like most contracts, Trouba’s next deal could be one where the team pays a little more now for the potential of the cap hit being team-friendly later in the deal.

You’d have to think the asking price in any potential trade involving Trouba would be sky high, given his impressive talent and potential. Although, you won’t find too many two-way defensemen at 6-foot-3 and 205 pounds who are as talented as him.

Trouba’s future doesn’t need to be decided now because he’s not an RFA until July 1, and the Jets could always move him at the NHL draft in June when teams are likely to have more cap space. That said, interested GMs might want him for a playoff run this season.

The Jets could dictate a good portion of what happens at the trade deadline. Ladd could be the No. 1 target of a lot of teams, and the general managers who don’t acquire him will need to quickly shift to Plan B.

Byfuglien’s signing takes a little bit of the drama out of the trade-deadline buildup, but there are several notable players who could be moved over the next three weeks. 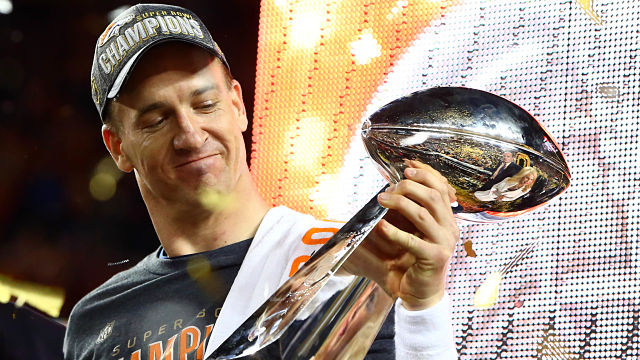