The rosters for Major League Baseball’s 2016 All-Star Game are set, but the debate doesn’t have to end.

With Tuesday’s Midsummer Classic right around the corner, we decided to rank every player on both the American and National League squads to see who’s the best of the best. Here, we’ll tackle the 35 players on the NL roster.

A note: We’re only ranking the players on the active roster who will be in San Diego for the game, which is why you won’t see names like Clayton Kershaw or Madison Bumgarner.

With that, let’s get to the rankings.

1. Johnny Cueto, starting pitcher, San Francisco Giants: The NL is a pitching-dominated league, and by virtue of the absences of Kershaw and Bumgarner, Cueto is the best pitcher. He boasts an NL-best 13-1 record with a sterling 2.74 ERA and 1.00 WHIP and will start for the NL on Tuesday. Good enough for us.

2. Bryce Harper, outfielder, Washington Nationals: Yes, Harper is having a “down year,” but he still racked up 19 homers and 52 RBIs in the first half and remains one of the best all-around players in baseball. The NL’s reigning MVP also is just 23 years old, which is scary.

3. Jake Arrieta, starting pitcher, Chicago Cubs: Arrieta would be even higher on this list if he hadn’t allowed a combined 15 runs in his last three starts. Still, the reigning Cy Young Award winner boasts a 2.68 ERA despite his recent rough patch and is among the NL leaders in several other pitching categories.

4. Daniel Murphy, second baseman, Nationals: The Cubs’ All-Star voting takeover did a royal disservice to Murphy, who is the NL’s batting leader with a .348 average and 117 hits through 90 games. His terrific play also prompted this wonderful article from the New York Post.

5. Kris Bryant, third baseman, Cubs: Bryant has blossomed into a bona fide slugger, entering All-Star week with 65 RBIs and an NL-leading 25 homers. His .286 batting average isn’t spectacular, but the 24-year-old still leads the league in Wins Above Replacement at 4.5.

6. Jose Fernandez, starting pitcher, Miami Marlins: It’s good to have you back, Jose. The 23-year-old is living up to the hype in his return from Tommy John surgery, sporting a 2.52 ERA with an NL-best strikeout rate of 12.9 Ks per nine innings.

7. Stephen Strasburg, starting pitcher, Nationals: It’s hard to find fault with a guy who hasn’t lost a start. Strasburg is a perfect 12-0 entering the break, and the Nationals have won 15 of the 16 games he’s started. His 2.62 ERA and 132 strikeouts also help the cause.

8. Anthony Rizzo, first baseman, Cubs: The 26-year-old Rizzo is having a career year with a .299 batting average, 21 homers and an NL-leading 1.006 OPS. He joins Bryant as the Cubs’ only two worthy starters in this game.

9. Nolan Arenado, third baseman, Colorado Rockies: Yes, Arenado plays at hitter-friendly Coors Field, but he’s putting up some pretty eye-popping numbers. He leads the NL with 70 RBIs and is second in homers with 23, all while playing a Gold Glove-caliber third base.

10. Drew Pomeranz, starting pitcher, San Diego Padres: We’re glad Pomeranz finally is getting the recognition he deserves. An injury replacement for Noah Syndergaard, the 6-foot-5 left-hander owns a 2.47 ERA and has allowed one run and 10 hits combined over his last three starts.

11. Carlos Gonzalez, outfielder, Rockies: CarGo is putting together another stellar season for the Rockies, boasting a team-best .318 average with 19 homers, 54 RBIs and 59 runs scored.

13. Jeurys Familia, relief pitcher, New York Mets: No closer in baseball has been more effective than Familia, who leads MLB with 31 saves and has yet to blow a save opportunity.

14. Buster Posey, catcher, Giants: Posey has come on strong over the last month and a half to raise his batting average to .292, while his defense and rapport with San Francisco’s pitching staff is as strong as ever. He also did this.

15. Kenley Jansen, relief pitcher, Los Angeles Dodgers: If Familia has been the NL’s best closer, Jansen has been the most dominant. He has allowed a total of five earned runs in 40 appearances this season and struck out 51 batters in 38 2/3 innings.

16. Starling Marte, outfielder, Pittsburgh Pirates: Marte has been a menace for the surging Pirates. He’s second in the NL with 30 stolen bases, owns a team-best .318 batting average and is eighth in the NL with a 3.1 WAR.

17. Jay Bruce, outfielder, Cincinnati Reds: Bruce’s .267 average is nothing to sneeze at, but he’s on pace for career highs in both slugging percentage (.538) and RBIs (63 through 83 games).

18. Julio Teheran, starting pitcher, Atlanta Braves: Don’t let his 3-8 record fool you. The 25-year-old Teheran is putting together an impressive season on the mound, with a 2.96 ERA and a 0.97 WHIP through 18 starts.

19. Wilson Ramos, catcher, Nationals: Ramos has put up pretty impressive offensive numbers for a catcher. His .330 batting average is third in the NL, and he also leads all NL catchers with 13 homers and 48 RBIs.

20. Jon Lester, starting pitcher, Cubs: Lester is no Arrieta, but he’s been a solid No. 2 behind the Cubs’ ace and leads Chicago with 14 quality starts in 18 appearances.

21. Corey Seager, shortstop, Dodgers: The Dodgers’ 22-year-old phenom keeps getting better by the day. Seager enters the break with a .297 average to go along with 17 homers, 42 RBIs and 60 runs scored.

22. Brandon Belt, first baseman, Giants: Belt has led the way at the plate for the light-hitting Giants with a team-high .302 batting average and 92 hits through 87 games.

23. Wil Myers, first baseman, Padres: Myers has been one of San Diego’s few bright spots, leading the Padres in nearly every offensive category. He’ll get the chance to strut his stuff in Monday’s Home Run Derby, as well.

24. Mark Melancon, relief pitcher, Pirates: Melancon has been lights-out of late. He’s converted 27 of his 28 save opportunities this season and hasn’t allowed an earned run since May 15.

25. Marcell Ozuna, outfielder, Miami Marlins: The NL’s starting center fielder has a cannon for an arm and can get it done at the plate, taking a .307 average, 17 homers and 47 RBIs into the break.

26. Ben Zobrist, second baseman, Cubs: Zobrist’s .283 average, 13 homers and 47 RBIs are fine, especially for a second baseman, but he’s certainly not worthy of a starting spot with Murphy on the roster.

27. Addison Russell, shortstop, Cubs: It’s not the best sign when your starting shortstop is batting .237, as is the case with Russell and the NL. The 22-year-old still has loads of potential and has 11 homers and 51 RBIs to his name, but he shouldn’t be starting.

28. Max Scherzer, starting pitcher, Nationals: You know you’re good when you lead the league with 164 strikeouts and own a 0.96 WHIP and people are calling it a down year.

30. Fernando Rodney, relief pitcher, Marlins: Rodney may have a few screws loose, but he’s been an excellent setup man for Miami, sporting a 1.04 ERA and a 0.92 WHIP. He’s also notched 17 saves.

31. Aldemys Diaz, shortstop, St. Louis Cardinals: Diaz has come out of nowhere to become one of the best-hitting shortstops in the league. He leads all NL shortstops in batting average (.315) and OPS (.915) at the break.

32. Adam Duvall, outfielder, Reds: The NL’s most surprising power hitter, Duvall has emerged from relative obscurity to club 23 homers, tied with Arenado for second-most in the league.

33. A.J. Ramos, relief pitcher, Marlins: The second part of Miami’s 1-2 punch, Ramos earned his first All-Star selection by converting 27 of his 28 save opportunities in the first half and ringing up 45 strikeouts in 36 innings pitched.

34. Bartolo Colon, starting pitcher, Mets: Everyone’s favorite right-hander is filling in for Bumgarner on the NL roster and is enjoying another solid season, allowing two runs or fewer in eight of his last nine starts.

35. Odubel Herrera, outfielder, Philadelphia Phillies: Someone has to be last, and it’s the Phillies’ lone representative, who is having a fine season but isn’t quite on the level of the NL’s other outfielders. 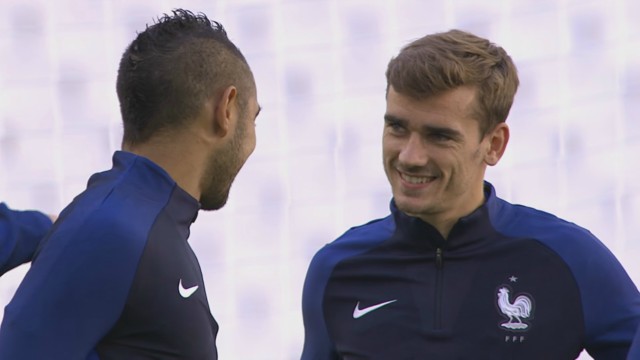 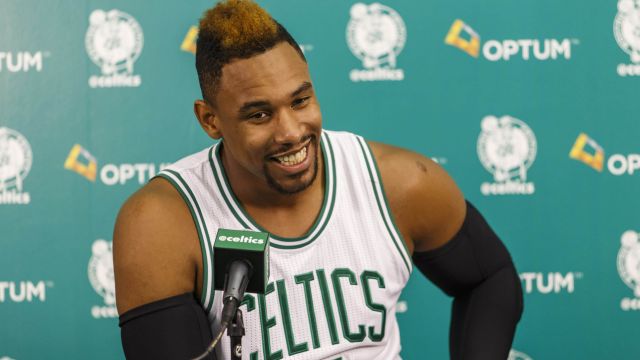 Jared Sullinger Thanks Celtics Fans Upon Agreeing To Deal With Raptors