Pujols, 36, grew up near the Seattle Mariners’ baseball academy in the Dominican Republic, and used to go watch the players practice there as a kid. Among those players was Ortiz (then known as David Arias), a teenager signed as an amateur free agent by the M’s.

“I used to leave school early to watch them practice,” Pujols recently told the Orange County Register. “He gave me a lot of advice, especially the times that I struggled in my career when I went to the American League. He?s somebody that always kept me positive.”

Like Boston Red Sox fans, Pujols isn’t quite ready to see Big Papi ride off into the sunset.

“He?s like a big brother to me,” Pujols said of Ortiz. “It?s going to be pretty emotional knowing that?s the last time I?m going to play against him.”

Pujols echoed the same sentiment to NESN’s Guerin Austin, who said during Friday’s Red Sox-Angels broadcast that Pujols really hammered home how influential Ortiz has been on his Hall of Fame-worthy career. He underscored that by taking part in a goodbye ceremony for the Red Sox slugger on Thursday.

While the Red Sox are in the midst of a pennant race, the Angels are in the midst of a poor season, meaning the two likely won’t meet in the postseason barring a shocking trade of Pujols (and his massive contract) at Monday’s non-waiver deadline. Ortiz’s Red Sox defeated Pujols’ St. Louis Cardinals in the 2004 World Series, the only time the two have ever met in the playoffs.

Pujols and Ortiz entered this four-game regular season series ranked second and third in home runs among active players, respectively. Pujols is 11th all-time with 579 — just five away from passing Mark McGwire for sole possession of 10th place — while Ortiz is 19th with 528.

“Do I think he should retire? I don?t think so,” Pujols told The Register — and he’s not the first Angel to express those sentiments. “He?s probably having the best year of his career. But like he told me in Boston, your body lets you know.”

Let’s take a look at some other note’s from Friday’s dominant 6-2 Red Sox win.

— The Red Sox got some good news in terms of their starting pitching depth.

Johnson, of course, took time earlier this year to step away from baseball and deal with anxiety problems. His road to recovery was highlighted earlier this month in a terrific story from The Boston Globe’s Alex Speier.

The 25-year-old was named the Red Sox’s minor league pitcher of the year in 2013.

— Ortiz will get one of the Red Sox’s remaining two games against the Angels off, manager John Farrell told reporters before Friday’s game. Los Angeles will be sending two lefties to the mound in the next two days.

— Injured Sox closer Craig Kimbrel is expected to pitch one inning of relief Saturday for Triple-A Pawtucket. He’ll be re-evaluated Sunday and if all goes well could join the Red Sox shortly thereafter. Saturday marks three weeks to the day since he was placed on the disabled list with a torn meniscus that required surgery.

— Jackie Bradley Jr.’s solo home run Friday marked his first career hit in Anaheim. He previously had been 0-for-14 in the ballpark.

— Dustin Pedroia extended his on-base streak to 32 games in the Red Sox’s win. His on-base percentage is up to .373, which ranks eighth in the American League. He is joined in the top 10 by Ortiz (third), Xander Bogaerts (fifth) and Bradley (seventh).

— There was a soccer team hanging out at Fenway Park on Friday.

SPOTTED: AS Roma getting in some work at #MyFenway this week! pic.twitter.com/sXPTwVA2TG

— A few Red Sox legends were inducted into the Pawtucket Red Sox Hall of Fame on Friday. 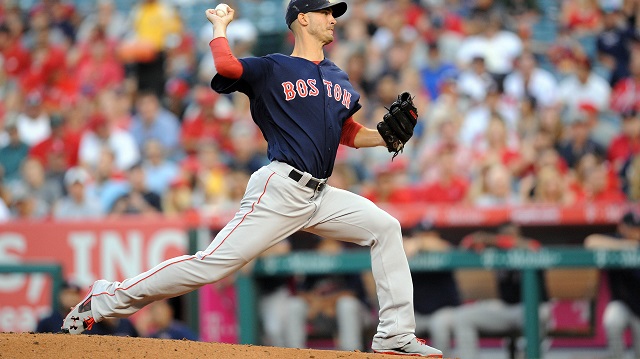 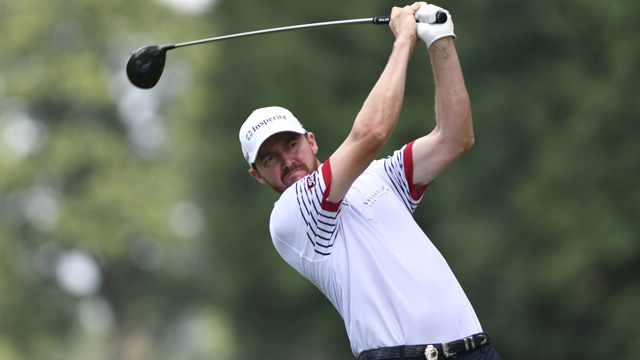