That was exactly what the doctor ordered.

After the Boston Red Sox’s heartbreaking loss on Thursday, Rick Porcello delivered the goods Friday, while the offense picked up a bit with six runs (including two home runs) in a 6-2 win over the Los Angeles Angels.

Let’s take a closer look at how it happened.

IT WAS OVER WHEN …
Mookie Betts hit a sacrifice fly in the third inning to put the Red Sox on top 3-2. Porcello shut down the Angels from there on out in an excellent start.

ON THE BUMP
— Rick Porcello was fantastic, providing everything the Red Sox needed him to and more.

Boston’s de facto ace tossed his first complete game in a Red Sox uniform and needed just 107 pitches (81 strikes) to do so.

The right-hander scattered five hits, walked none, and gave up just two earned runs, both of which came in the second inning. He struck out three batters and retired 17 of the last 18 Angels he faced.

The win improved Porcello’s record to a sparkling 14-2 — his eighth consecutive victory — and lowered his ERA to 3.47. He hasn’t taken a loss since May.

IN THE BATTER’S BOX
— The Angels hopped on the scoreboard first with two runs in the second inning, but the Red Sox responded in the third.

Betts and Dustin Pedroia each walked in the inning, and though Betts was picked off trying to steal third, Pedroia scored Boston’s first run when Xander Bogaerts laced a double into the gap. Bogaerts took third on the throw home, which nearly nabbed Pedey, and later scored on a base hit from David Ortiz to tie the score at two.

Betts got his revenge with a sacrifice fly an inning later. A solo home run from Jackie Bradley Jr. and a two-run shot from Bogaerts rounded out the scoring.

— Every member of the Red Sox reached base. Betts, Hanley Ramirez and Ryan Hanigan went hitless, but Betts walked twice and drove in a run with his sacrifice fly.

— Bogaerts was the only member of the team to record multiple hits. He finished 2-for-5 with three RBIs.

— Ortiz’s RBI was his 85th of the season, which ranks second in baseball behind only Toronto’s Edwin Encarnacion (88). Ortiz and Bogaerts now rank third and second in the American League, respectively, in batting average at .325 and .332.

UP NEXT
The Red Sox are right back at it for Game 3 of this four-game series. It’ll be a lefty-on-lefty matchup, with the Red Sox’s Drew Pomeranz squaring off against the Angels’ Hector Santiago. First pitch Saturday is slightly earlier and is scheduled for 9:05 p.m. ET. 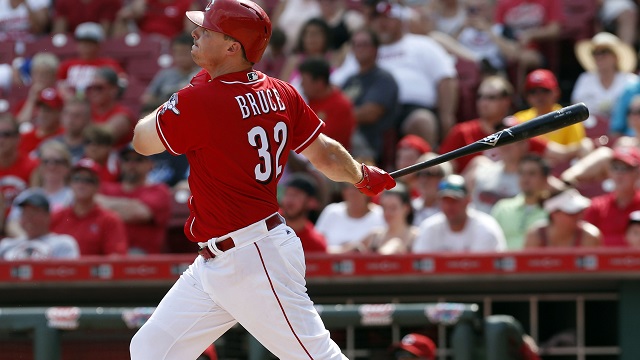 MLB Rumors: Could Jay Bruce Be Traded To Dodgers In Three-Team Blockbuster? 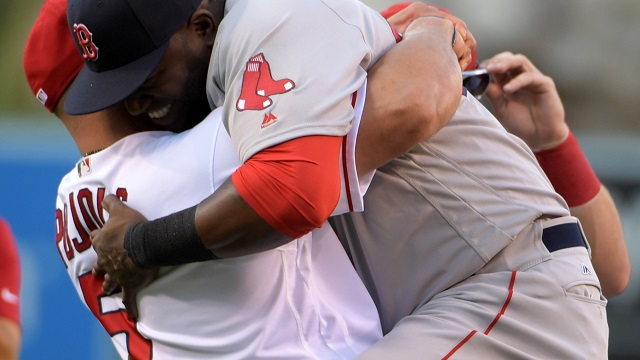 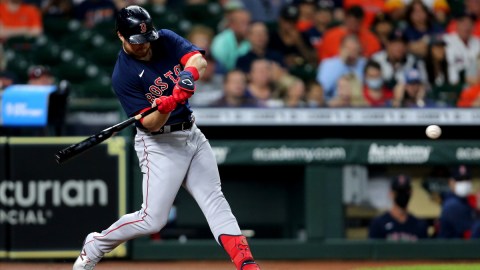