The scene: Michigan Stadium. Oct. 2, 1999. Brady’s Michigan Wolverines against Drew Brees’ Purdue Boilermakers. Two of the best quarterbacks of the last two decades squaring off for the first time.

?We played against each other in college,” Brees explained. “We actually reminisced on that a little bit, because the weather (Wednesday) was the exact same as it was for our game. Tom actually threw it out there, he said, ?Hey, remember that game? Michigan-Purdue in the Big House? This weather is just like it.?

“They kind of smoked us that day.”

That’s an accurate assessment: Michigan, ranked fourth in the nation at the time, crushed No. 10 Purdue 38-12.

Brady went on to win the Rose Bowl that season. Brees got there and lost one year later. Since arriving in the NFL in 2000 and 2001, respectively, the two QBs have combined for 20 Pro Bowl selections, five first-team All-Pro nods, four Offensive Player of the Year Awards and five Super Bowl rings.

And even as two of the oldest players in the NFL, both appear to have plenty left in the tank.

?I think we?re both thankful for the opportunities that we?ve been given,” said Brees, whose Saints joined the Patriots for two joint practices ahead of Thursday’s preseason opener. “Obviously, he?s a part of a great organization and has been for a long time. I?m a part of great organization and have been for a long time. I can?t speak for him, but from knowing him and his approach, I think we both understand what we?ve got to do each and every time out.

“We?re in the business of winning. I think we both have high expectations as to how long we can play, but we don?t take it for granted, either.”

Brady, who turned 39 last week, will sit out the first four games of the regular season as he serves his Deflategate suspension. Brees, 37, knows all too well about NFL sanctions from the Saints’ own Bountygate scandal, but he declined comment on Brady’s situation.

Instead, he simply praised the Patriots signal-caller.

?I certainly have a ton of respect for him and what he?s been able to accomplish and how he?s gone about doing it,” Brees said. “This is a guy who came in the league as a sixth-round pick, and his first time being able to start resulted in a Super Bowl year, and he hasn?t slowed down since. Now this is going on Year 17 for him, Year 16 for me, so again, I know how thankful I am, how appreciative.

“I certainly don?t take it for granted, and I think he feels the same way.” 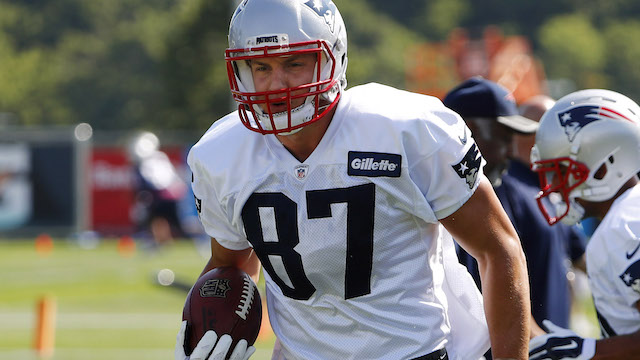 Rob Gronkowski, Jimmy Garoppolo Developing Chemistry As They Get On ‘Same Page’ 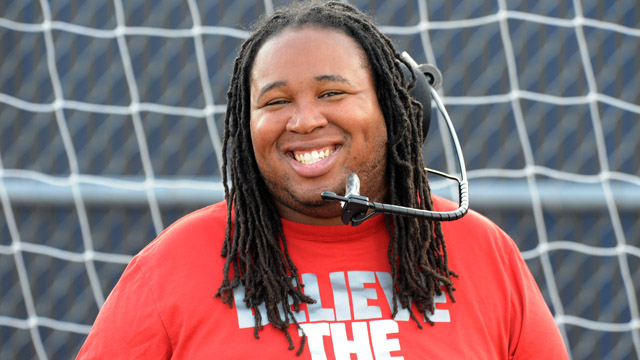